Sometimes, a film’s title can be extremely misleading. That’s particularly true when it refers to something other than what most might think it would. In the feature film directorial debut of Mad Men actor John Slattery, God’s Pocket refers to the area that its characters inhabit, not some great religious or metaphorical concept. Within the neighborhood, there are a number of questionable characters whose lives intersect to create the events of this somewhat lackluster and directionless film.

Mickey Scarpato (Philip Seymour Hoffman) is the film’s protagonist to whom everything connects. His refrigerated truck is his livelihood, though it isn’t exactly providing him with the riches he desires. Drinking and gambling are everyday hobbies, and stealing the occasional truck full of uncut meat is a side job. Mickey’s adult stepson Leon seems to have a few issues, and a racist rant accompanied by the waving of a razor at his construction job leads to a fatal blow to the head from one of the men he was harassing. The construction crew bands together and determines to call it an accident, since no one liked Leon anyway. Mickey learns the news, and is stuck with an expensive funeral bill and a wife, Jeanie (Christina Hendricks), who is convinced that the real story has not been told.

The people of God’s Pocket are very insular. They wear different faces around people that they proceed to talk about the moment they leave the room, and they have a strong distrust of outsiders, who they feel couldn’t possibly understand their way of life. That mentality is best conveyed and exemplified by established journalist Richard Shelburn (Richard Jenkins), who writes a daily column that discusses God’s Pocket. He serves as a celebrity to those who meet him, though his editor insists that he must stop drinking – an evening of seventeen screwdrivers is normal – and start putting some effort into his work rather than coasting on his reputation.

It’s not entirely clear what the plot of God’s Pocket is, since it involves Mickey trying to scrounge up enough with his florist friend (John Turturro) to pay the funeral home director (Eddie Marsan), and Shelburn’s simultaneous search for the truth about what happened to Leon, which essentially just involves him trying to bed Jeanie. The film’s multiple events and plotlines don’t quite come together all that well, and none of it feels very relevant or purposeful. The film begins with a scene from the funeral and then flashes back several days to fill in the gaps, a device which doesn’t prove any more illuminating or useful.

The cast in the production is certainly prestigious, but the roles are relatively limiting. Slattery casts his Mad Men costar Hendricks as Jeanie, and she certainly commits to her part as a grieving mother lost in a haze following her son’s death. Hoffman, who also stars in another Sundance film, A Most Wanted Man, has done better in the past, as have Jenkins, Turturro, and Marsan, all of whom do their best with underwritten parts. A visit to God’s Pocket does showcase an interesting set of people, but this story is not enough to merit a movie. 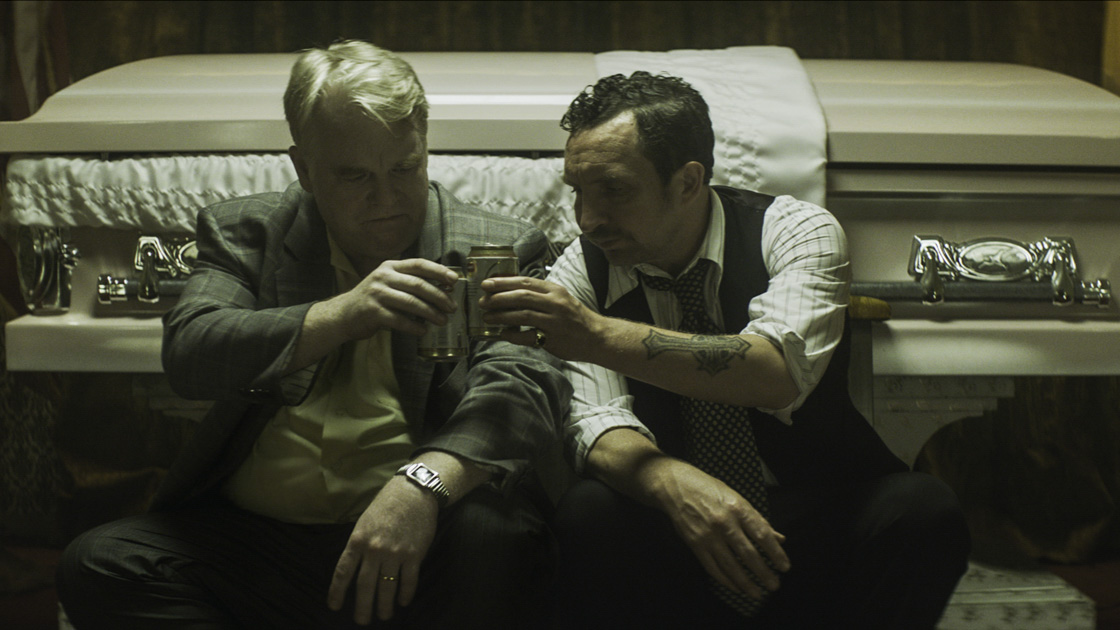