There are a few general types of animated films. There are those designed for children, those designed for adults, and those where it’s not quite clear who their target audience truly is. Ernest and Celestine is the latest animated feature to straddle the line between family-friendly entertainment and a far more mature instance of storytelling that incorporates superb animation and a moving, memorable plotline. This lovely and thoroughly entertaining film is about a friendship between a bear and a mouse, whose cultures are understandably different and whose story has plenty of layers and parallels embedded within it.

Ernest and Celestine is a film that takes care to define its characters’ worlds. Ernest is a bear, and Celestine is a mouse. In this imaginary universe, both species have careers, and each lives in fear of the other. The bears are perceived by the mice as brutes and monsters, evils to be avoided at all costs. The mice are perceived as tiny but monumental threats to the bears’ livelihoods. Ernest and Celestine, in different ways, are outcasts in their communities, and it’s no surprise that the unwillingness of their peers to accept or try to understand leads them to break down barriers and get to know each other despite their differences.

Ernest and Celestine uses a good deal of clever humor that references traditional tales of animals and other fables. The dynamic that exists between bears and mice is very well-portrayed, and it’s great to see the two protagonists rise above their communities’ prejudicial feelings. Watching their friendship evolve is what makes the film work. There is also a terrific dramatic component to their commitment to each other, one that speaks volumes about the complexity of this story and its levels of meaning.

This nominee for this year’s Oscar for Best Animated Feature Film is an excellent example of what is possible with animation, to make a story fly off the pages using vivid hand-drawn technique. Ernest and Celestine appears at the surface to be a simple tale of bears and mice, one that is sure to please young children, and it’s wonderful to know that there’s plenty buried underneath just waiting to be discovered by those watching the film with a keener and more introspective eye.

This film is screening at the Sundance Film Festival in Park City as a Sundance Kids entry. 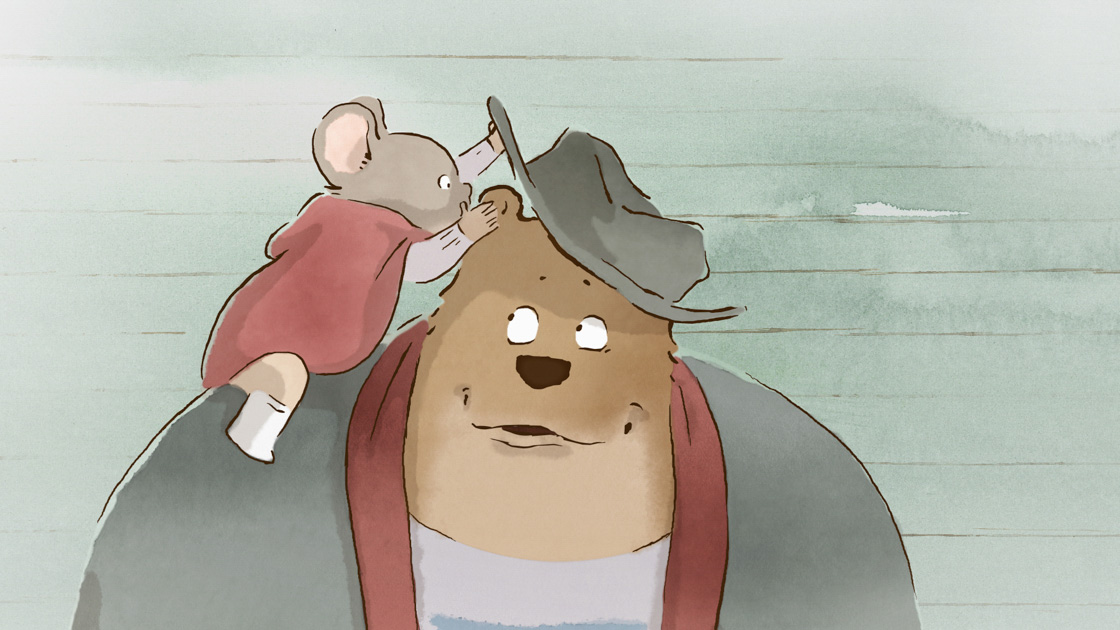