Ready for the Super Bowl? Or, are you ready for the tons of Super Bowl commercials? If you love watching the advertisements more than the actual football game itself, you can take a look at one of the big commercials right now!

The big game commercial for the Hyundai Elantra, called “Nice,” features the combined star power of “The Big Bang Theory” actor Johnny Galecki and actor/comedian Richard Lewis to tell a quick and explosive (meaning actual explosives) narrative of a guy who meets a girl in a cool car. Sparks fly, but not just sparks–the pavement (thanks to said explosives), cars, and Lewis himself also get airbound. Take a look below to see just what is being described.

The Hyundai Elantra boasts more standard horsepower than the Honda Civic and the Toyota Corolla–145 HP to be exact, compared to the 132 HP of the Corolla, 138 HP of the Chevy Cruze and 143 HP of the Civic. The Elantra may be a compact sedan, but it also has much more interior space–110.4 cubic feet–than that of its competitors, the Ford Focus Sedan (193.9 cubic feet), the Cruze (109.6 cubic feet) and the Civic (107.1 cubic feet). You can learn more about the Elantra at Hyundai.

What do you think about the Elantra’s big game commercial and the Genesis’ dad-centric one? Give your opinions in the comments section below! 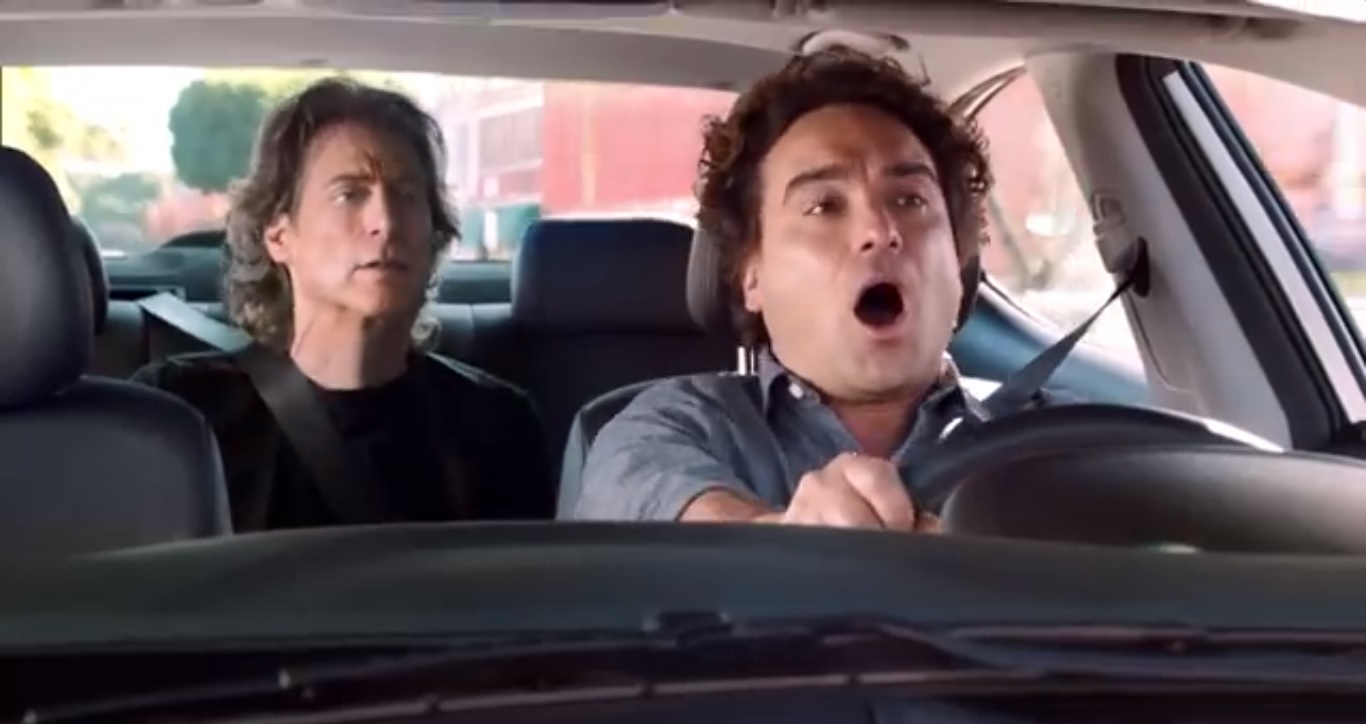