Get involved in some ‘California Scheming’ with Shockya’s new exclusive clip from the upcoming thriller. The clip follows the mysterious and domineering new teen in town, Chloe, and her impressionable new friend, Hilary, while they scour a party for something to make them feel better. Together they ultimately con the drug dealing Dave into giving them some of his product for free.

The film, which will be released by Gravitas Ventures on Friday in theaters across the country and on VOD, marks the feature film writing and directorial debuts from ‘Unthinkable’ producer, Marco Weber. ‘California Scheming’ stars 2011 Miss Golden Globe, Gia Mantegna, as well as Chad Lowe, Devon Werkheiser, Spencer Daniels, Rachel Seiferth and Claudia Christian.

Gravitas Ventures has released the following official synopsis for the thriller:

‘California Scheming’ tells the story of three teens in Malibu who meet Chloe (Mantegna), the beautiful new girl in town. Nick and Jason, two best friends and surf buddies from Malibu are drawn to Chloe’s good looks and mystique, while Hillary (Seiferth), in town from Boston and staying with family in the wake of her mother’s untimely death, is looking for friends and a place to fit in. Chloe introduces the three teens to the world of drugs and misdemeanor, but she may have more in store than she leads them to believe. 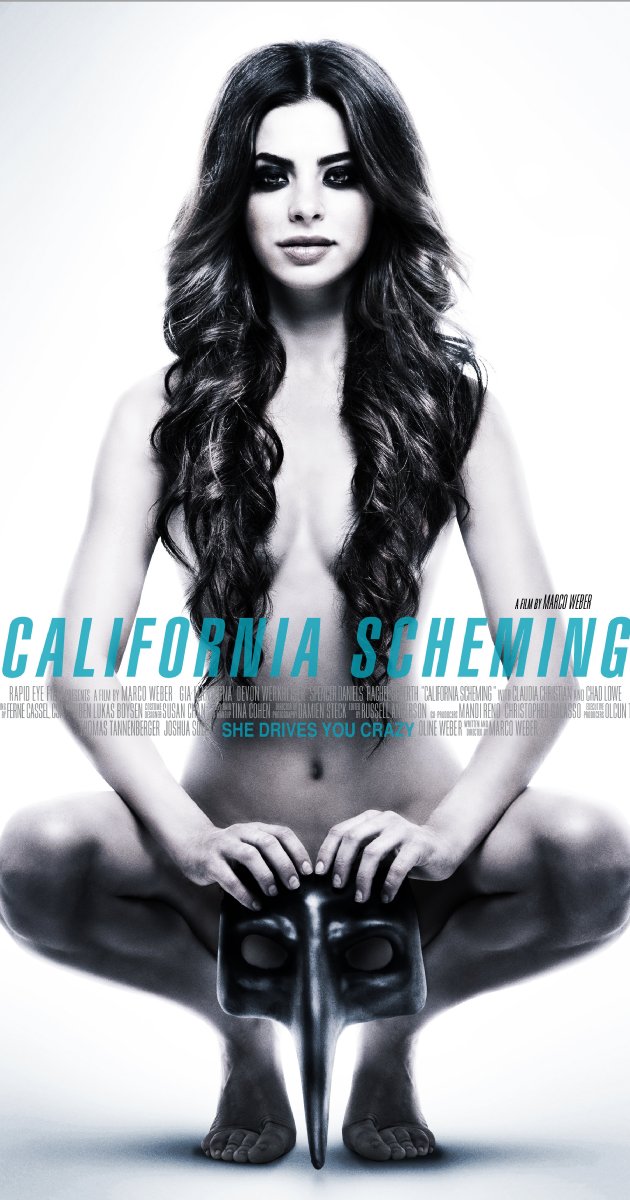