New York City is a place ripe for young adults to experience their formative years. That time often comes with hopes and dreams that aren’t quite equivalent to financial realities. Obvious Child stars Jenny Slate as Donna Stern, a 27-year-old stand-up comedian. Though she has a regular opportunity to perform her material, Jenny is not exactly living large. When her boyfriend breaks up with her in a bar bathroom after her show, Donna descends into a state of misery, obsessing over him and struggling to get her life back on track.

Slate is an actress who has done well with recurring parts on TV comedies, including Parks and Recreation, House of Lies, and Hello Ladies, all this past season. Here she gets the opportunity to play the lead role, a welcome opportunity to allow her to do more than just fill in the comic moments in a larger universe. Slate does a fantastic job of introducing Donna with a bit in the film’s opening moments that sums up her view of the world, and her comedic angle on its events. After she gets dumped, Donna’s humor turns sour and her acts consist of her talking about her breakup in the crudest terms.

As always with a movie like this, there’s a love interest. In this case, it’s Jake Lacy’s Max, who shows up at the bar one night and misses her train wreck of an act, but ends up bringing her home. Their drunken night together includes him peeing outside and plenty of other unremembered moments, but, more crucially, it also involves unprotected sex, leading Donna to a discovery for which she is utterly unprepared. Armed with this knowledge, Donna plans to have an abortion, but struggles to share the big news and her successive plan with the guy who still just wants to date her.

It’s definitely entertaining to follow Donna’s life, and she makes for a good lead, regularly narrating what she is thinking and acting quite awkwardly when she’s trying to hide something from Max or from someone else. Gaby Hoffman, star of last year’s Sundance hit Crystal Fairy, is cast in a unusual part for her as the best friend, whose main purpose it to support Donna and crack jokes to make her feel better about her situation. Also in the picture are Donna’s parents, portrayed by Richard Kind and Polly Draper, as well as David Cross’ comedian who unsuccessfully tries to seduce Donna with his particular charm.

Slate is fun as Jenny, giving her a certain energy that makes her likeable and desperate at the same time. Lacy, who was hilarious in his first big role on ABC’s Better With You, has a less creative and enthusiastic part, but he too is decent and endearing. The film’s script is at its best when its characters are being witty and interacting in conversation, while the story isn’t entirely on point or focused. Ultimately, this is an entertaining relatively enjoyable look at being young, single, and, well, pregnant, in New York City. 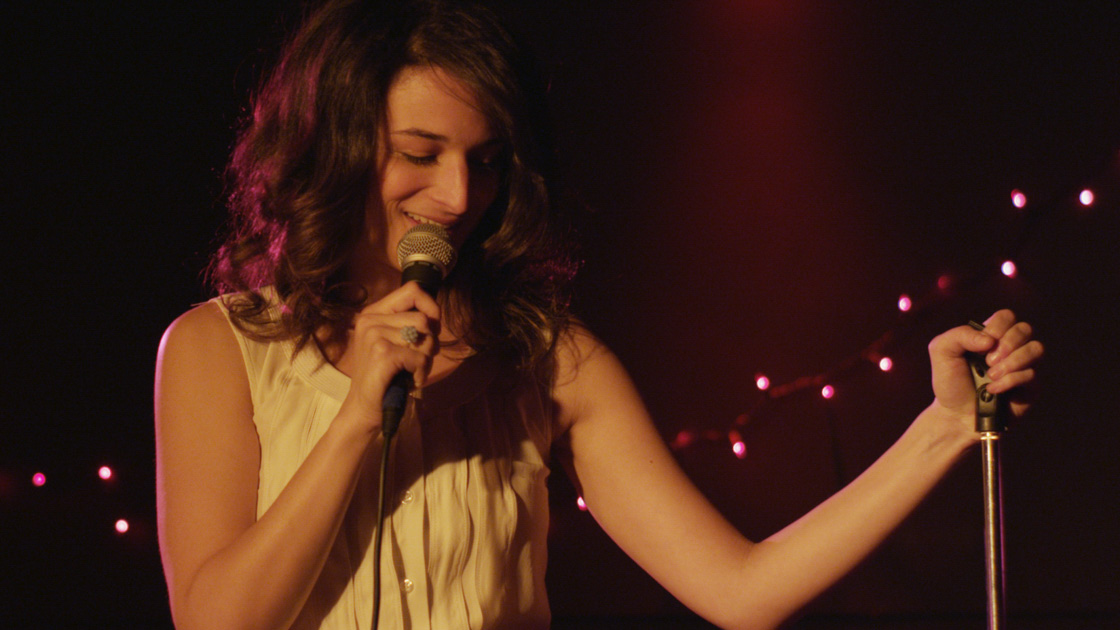