The horror sensation that had been all the rage at Sudnance, “In Fear,” will come to Blu-ray, DVD and VOD March 11, thanks to Anchor Bay Films. Also, exclusive theatrical engagements of “In Fear” begins March 7.

“In Fear is a tense psychological horror about a young couple’s fight to make it through the night. Home invasion but in a car. In real-time. Tom (De Caestecker) and Lucy (Englert) are trapped in a maze of country roads with only their vehicle for protection, terrorized by an unseen tormentor hell-bent on exploiting their worst fears. Driving, lost and tormented in the night, primal fears of the dark and the unknown give way to fear that you have let the evil in, or that it is already there.

JoBlo called In Fear ‘…a great film to watch curled up with a date on a dark and stormy night,’ while Screen Daily hailed it as “an old-fashioned white-knuckle horror thriller.’ TotalFilm gave the film 4 stars with “shredded-nerve performances,” and Arrow In The Head warning viewers that ‘you won’t be eager to go on any road trips soon after.'” 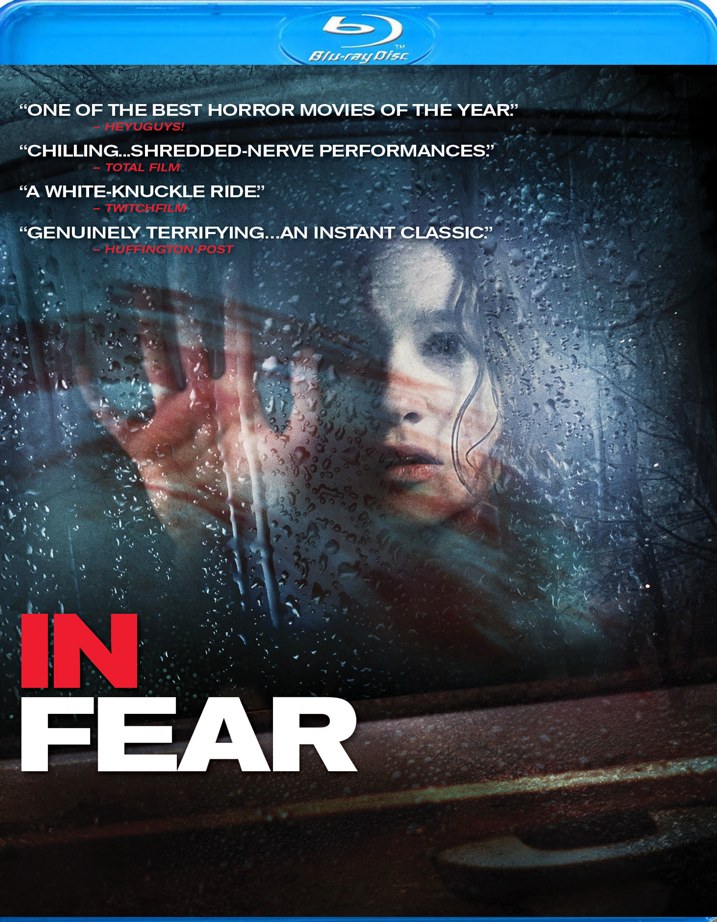