Joel Kinnaman is finding it’s ‘Easy Money: Hard to Kill’ in Shockya’s exclusive clip from the upcoming action crime drama. The clip from the film, which is the sequel to the 2010 movie ‘Easy Money,’ follows the actor’s character, JW, as he calls Nippe, played by Joel Spira, about a deal. Nippe, who’s partying at a club, ensures JW that their latest business deal is ready to go, and he has nothing to worry about. Despite JW’s hesitance, his colleague encourages him to send the necessary documents over to complete the contract.

Besides the star of the anticipated ‘Robocop’ remake, ‘Easy Money: Hard to Kill’ also stars Matias Varela, Dragomir Mrsic and Fares Fares. The film was directed by ‘Sebbe’ helmer Babak Najafi, and penned by ‘Easy Money’ screenwriter Maria Karlsson. The film will be distributed by Cinedigm on February 14 in theaters, followed by an iTunes and VOD release on March 11.

Cinedigm has released the following synopsis for ‘Easy Money: Hard to Kill’:

JW (Joel Kinnaman), the promising business student who became an organized coke smuggler in Easy Money, is serving hard time in prison and is struggling to get back on an honest path. There are glimmers of hope in his life: some venture capitalists are interested in a new piece of trading software he’s developed, and while behind bars he’s made peace with an old enemy.

This all proves to be an illusion. On leave from prison, and back in contact with his former gang, JW learns that once you’ve walked in the shoes of a criminal there just may be no going back. 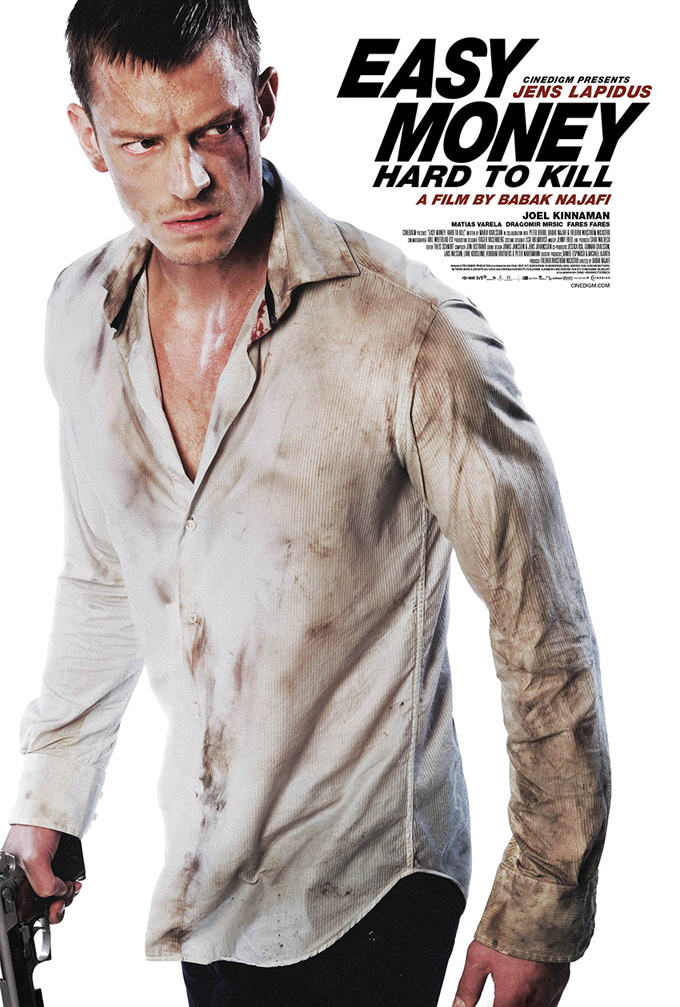