Those who recall the good old childhood games spent playing with Lego, will be a little bewildered by seeing so much digital action in the mini-figures’ adventures.

In the animation movie by Phil Lord & Christopher Miller, the construction toys become the means to portray a self-motivation story, that triggers to believe that we all have a trait that makes us special and “awesome” (the most recurring word in the entire movie). In the Lego universe the ordinary-humdrum mini-figure is embodied by Emmet, a construction worker, who is mistaken as being the Special (the greatest Master Builder who can save the Lego cosmos). With the help of an old wizard named Vitruvius, the emancipated damsel Wyldstyle, Batman, Uni-Kitty, Benny, and pirate Metalbeard, Emmet will have to overcome his predisposition for following instructions and finally discover the power of imagination. This will allow him to defeat the evil tyrant Lord Business, who is bent on destroying the Lego universe on Taco Tuesday and recreating it as he sees fit by gluing it together.

The story doesn’t differ much from any mainstream action flick that you may currently see in movie theatres: no matter where they are set, whether it is in Ancient Greece, in a contemporary or fantastic scenario, all characters have slow motion kung-fu fights, as the surrounding buildings shatter to bits, weapons fly all over the place and language tailors into a ludicrous sit-com mode. Nevertheless the gentle touch in ‘The Lego Movie’ is given towards the end, where we see the bigger   picture, as the latent subplot emerges and takes over. The imaginary wall that separates the world of plastic bricks from that of humans is annihilated, to bequeath a universal fable moral. 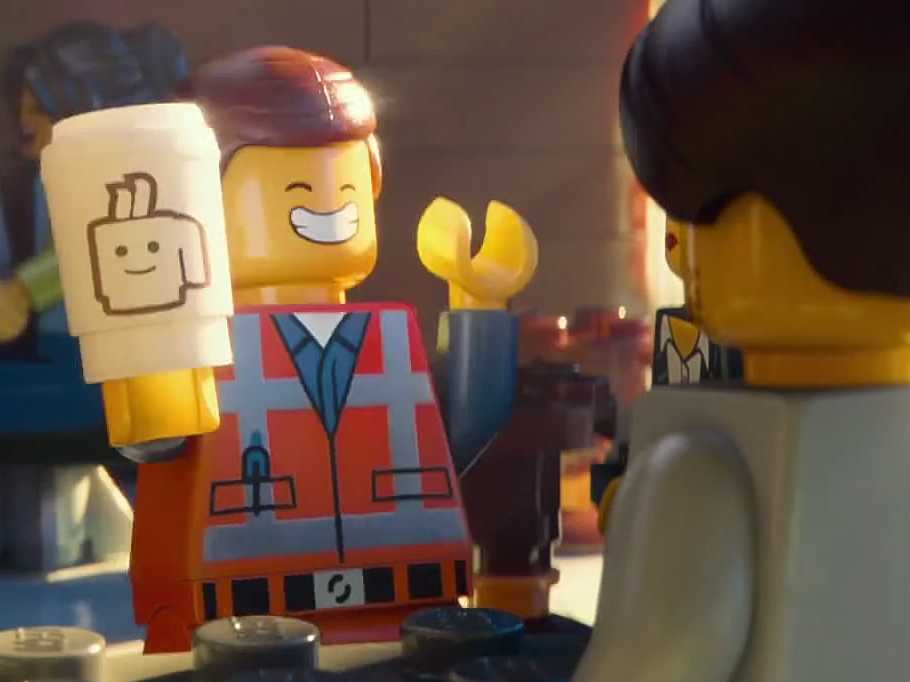