Exclusive: Behind-the-Scenes Photo of Jacki Weaver on the Set of Haunt

After collaborating on a number of films together for Sony Pictures Entertainment, former Dimension Films and Screen Gems executive Nick Phillips and longtime casting director Kelly Martin Wagner came together to form their very own genre label. Revolver Picture Company first opened for business in August of 2012 and now the very first project bearing the Revolver logo is about to hit theaters and VOD via IFC Midnight, a film called “Haunt.”

Shortly after moving into a new home with his family, Evan (Harrison Gilbertson) starts spending time with his mysterious neighbor, Samantha (Liana Liberato). Samantha’s got a thing for Evan’s new house and specifically for exploring its dark past. In attempt to communicate with its previous owners, the Morellos, Samantha convinces Evan to help her out by using an EVP (electronic voice phenomena) to make contact. The thing is, the Morellos aren’t the only ones that want to talk.

Get ready to get a taste of what Revolver Picture Company is capable of because “Haunt” will be available on VOD on Friday, February 7th and will hit theaters on Friday, March 7th. Until then, you can check out Revolver Picture Company on Facebook here, the trailer for “Haunt” below as well as a ShockYa.com exclusive, a behind-the-scenes still of Phillips with Jacki Weaver on set. 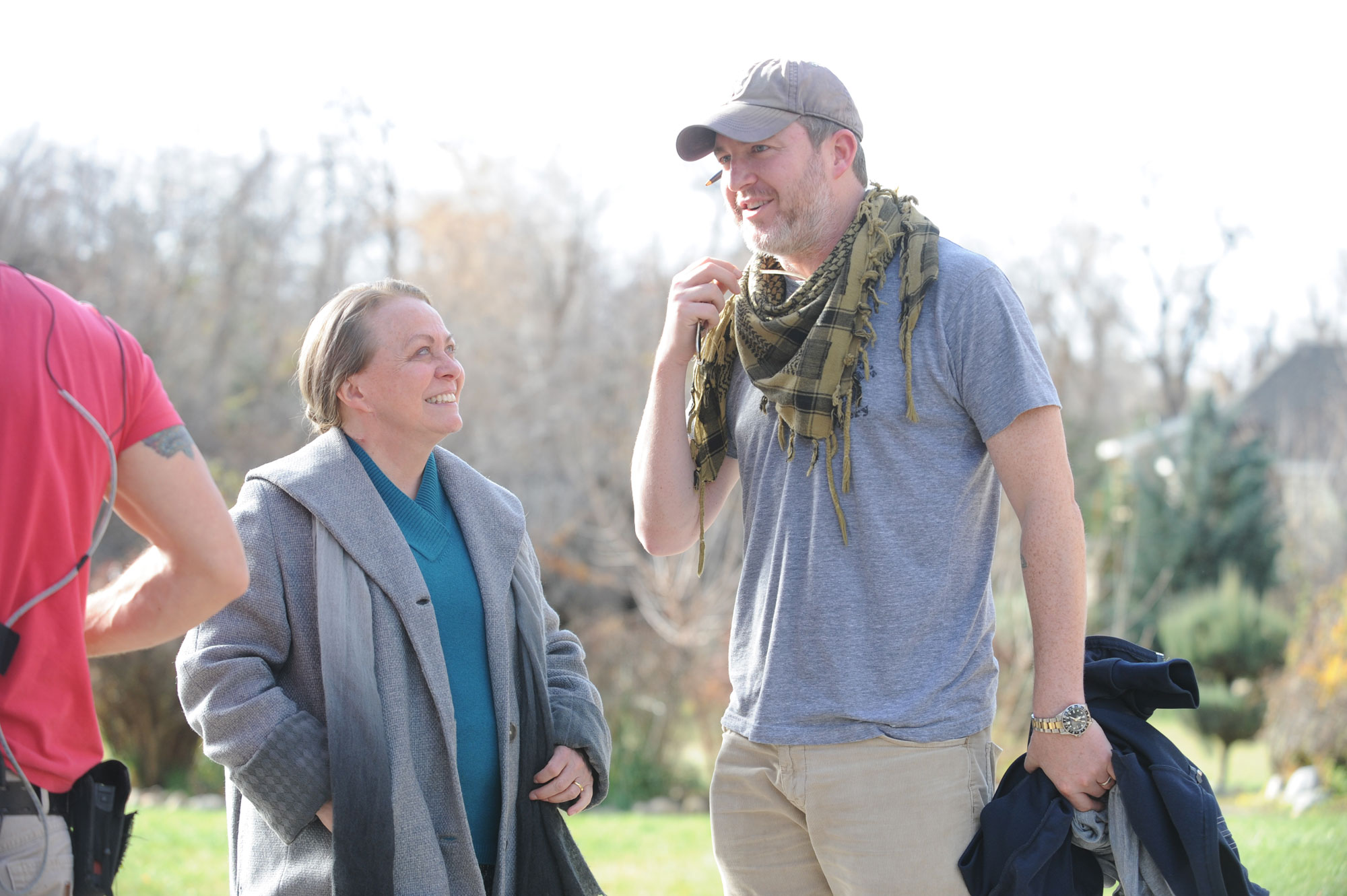