Lionsgate has unveiled a new haunting teaser poster for its upcoming horror film, ‘The Quiet Ones.’ The supernatural thriller will keep audiences up all night as they watch Jane Harper participate in a dangerous experiment to create a poltergeist.

The film, which was inspired by true events, is set to be released on April 25. John Pogue directed ‘The Quiet Ones,’ which comes from the producers of ‘Let Me In’ and ‘The Woman in Black.’ The helmer co-wrote the film’s script with Craig Rosenberg and Oren Moverman. The movie stars Jared Harris, Sam Claflin, Erin Richards, Rory Fleck-Byrne and Olivia Cooke.

Lionsgate has released the following official synopsis for ‘The Quiet Ones’:

A university student, Brian McNeil (Sam Claflin of ‘The Hunger Games: Catching Fire’), and some classmates are recruited to carry out a private experiment — to create a poltergeist. Their subject: an alluring, but dangerously disturbed young woman, Jane Harper (Olivia Cooke of ‘Bates Motel’). Their quest: to explore the dark energy that her damaged psyche might manifest. As the experiment unravels along with their sanity, the rogue PHD students, led by their determined professor (Jared Harris of ‘Mad Men’), are soon confronted with a terrifying reality: they have triggered an unspeakable force with a power beyond all explanation.

For more information on ‘The Quiet Ones,’ visit the movie’s official website, as well as its Facebook and Twitter pages. Check out the film’s new teaser poster below. 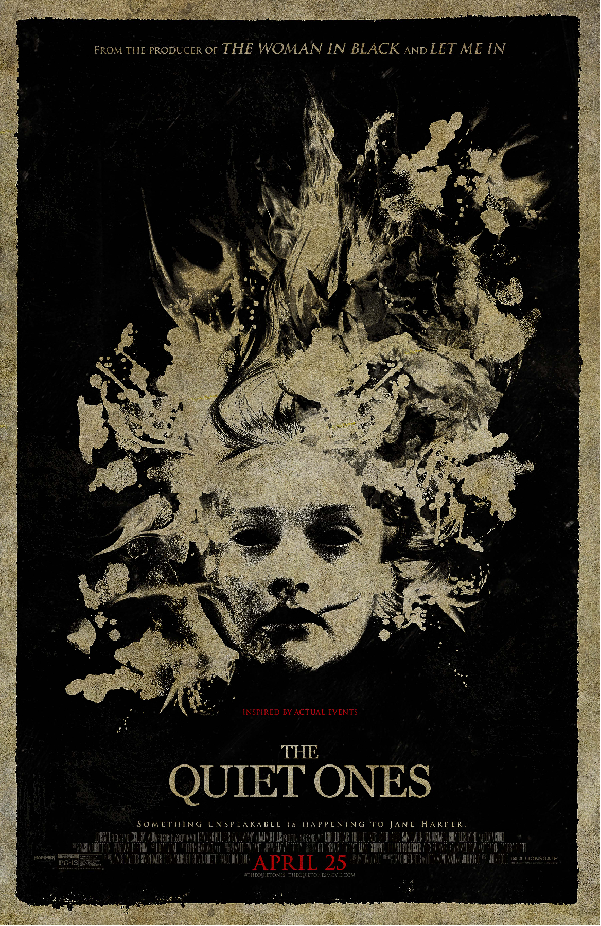