The upcoming Lionsgate comedy-drama, ‘The Single Moms Club,’ is proving there’s nothing like group therapy with the release of its final poster. The film, which was written, produced and directed by Tyler Perry, shows that nothing lifts you higher than friendship.

The group of moms and newfound friends in ‘The Single Moms Club,’ which is set to open in theaters on March 14, inspire each other through it all. They prove that supporting each other can help anyone overcome the hurdles in their life, and help them remember what really matters in life. The movie stars Nia Long, Amy Smart, Wendi McLendon-Covey, Terry Crews, William Levy, Ryan Eggold and Perry.

When five struggling single moms put aside their differences to form a support group, they find inspiration and laughter in their new sisterhood, and help each other overcome the obstacles that stand in their way.

For more information on ‘The Single Moms Club,’ visit the film’s official website, as well as its Facebook and Twitter pages. Check out the movie’s final poster below. 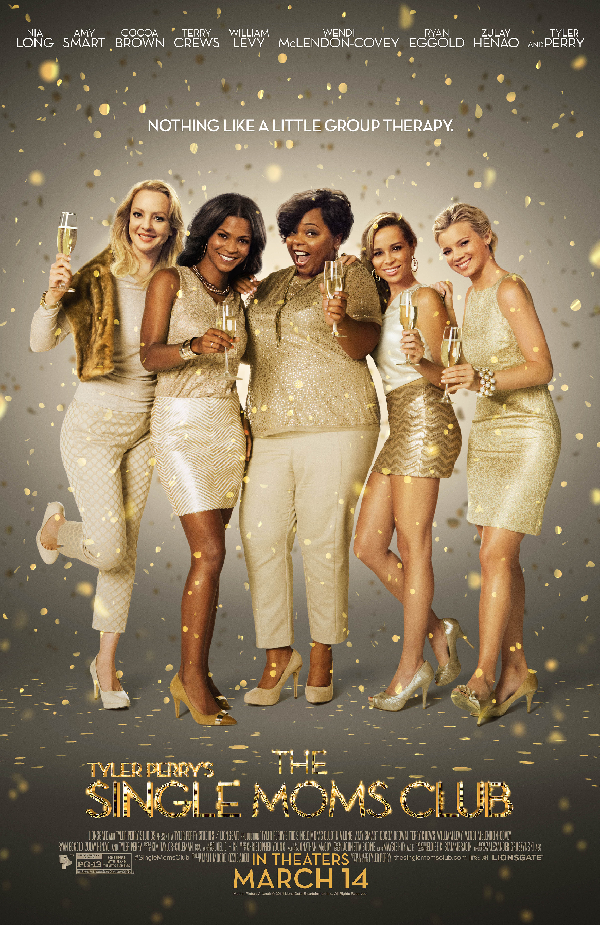