“Endless Love” is a serviceable enough romantic drama which largely follows the path of Franco Zeffirelli’s 1981 film of the same name, though the some aspects have been changed for a more Hollywood ending. The movie, shot in Georgia less than a year ago in Fayette County and Atlanta, looks sumptuous, writer-director Shana Feste coming on strong about the frustrations of social class differences. Gabriella Wilde, known principally for her role as Sue Snell in Kimberly Peirce’s remake in 2013 of “Carrie,” and Alex Pettyfer, who turned in a performance as Adam in Steven Soderbergh’s comedy about male strippers, “Magic Mike,” display satisfactory chemistry with each other in “Endless Love.” The movie, based on the poignant 1979 novel by Scott Spencer, deals with adolescent or “puppy” love of seventeenth summer between two brand new high-school graduates. Some parts are difficult to swallow, zeroing in on the efforts of a controlling, upper-middle-class surgeon to derail the happiness of her daughter when he sees that the new boy in her life could disrupt his plans for the lass.

David Axelrod (Alex Pettyfer—23 years old in real life) and Jade Butterfield (Gabriella Wilde—23 years old as well in real life) have just graduated from high school. The two seventeen-year-olds do not exactly meet cute since they had attended the same school for several years, and that’s where the most unrealistic concepts take root. David, who works as a valet with his best friend Mace (Dayo Okeniyi) when he is not repairing cars in the garage owned by his father (Robert Patrick), is no wilting vine yet he has been unable to say a single word to the love of his life throughout the years. This is not credible. For her part Jade, being prepped by her father for a career as a doctor, is so shy throughout her school years that she has no friends and nobody to talk to—as we see at the graduation ceremony where everyone else is chattering excitedly while she stands off to the side. We’re asked to believe that the death from cancer of her brother, Chris, is the source of her depression, and yet from the time that she and David are “introduced” through Mace’s efforts, she changes instantly from a wallflower to a live wire, encouraging her new boyfriend to dance with her at a party and, stripping down to her bikini, seduces him into jumping into the water at her dad’s lakeside beach house. Oh yes: and the surgeon with the Beamer, the mansion, the lake house, and the speedboat, sends his daughter and his son to a public high school?

Director Feste, using a script that she wrote with Joshua Safran, alternates between the joyous scenes of the two young lovers and the vigorous efforts by her father to dissuade her from continuing the relationship, though Ann Butterfield (Joely Richardson), the girl’s mom, undermines her own husband throughout by noting that her daughter has not been this happy in years.

Bruce Greenwood turns in the most credible role as the class-conscious surgeon trying to subvert his daughter’s fling, though we in the audience are waiting for the predictable time that he will change his mind, convinced that there is no stopping his daughter’s growing independence—so why not go with the flow and sign on? Gabriella Wilde can pass for a new high-school graduate but Alex Pettyfer looks as though he had graduated from college a couple of years ago. Yet somehow the heartbreaking plot unfolded by the novel—considered by the New York Times to be “one of the best books of 1979”—captures the exuberance of teen parties but falls short in delivering the intensity of the couple’s passion, downplaying the sexuality to keep the PG-13 rating. 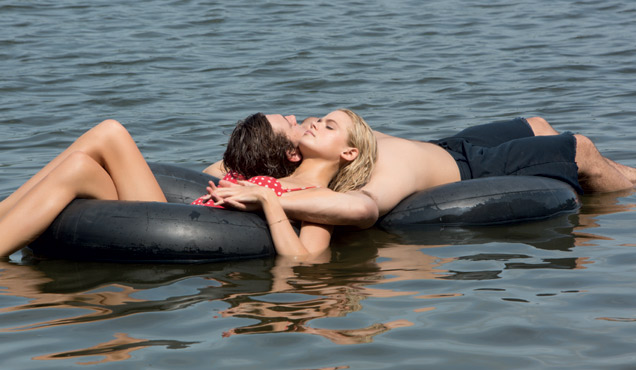