“RoboCop,” about a murdered police officer in a dystopian near-future who is revived and robotically re-engineered by a corporation with its own malevolent designs on broader control and economic interests, remains a touchstone film of the 1980s. Written by Eric Neumeier and Michael Miner, and directed by Paul Verhoeven with a hearty ribbon of satirical social commentary, the movie is a pop-art genre hybrid — ultra-violent, but also surprisingly smart and thought-provoking.

The new remake, starring Joel Kinnaman in the title role and Michael Keaton and Gary Oldman in key supporting roles, retains the Detroit setting but replaces the commercials of the original film, instead utilizing scenes with Samuel L. Jackson as an ultra-patriotic, military-adventurist talk show host. “We set this movie in a place and time where we said America has already decided not to allow robots for law enforcement,” explains director José Padilha at a recent Los Angeles press day for the film. “This corporation, and [Keaton’s character], wants to sell robots there, so he has to create a way to circumvent the law to do this — to put a drone out there but to say that this drone is a man, to put a man inside the machine. If you do that, then you create a character that’s a little bit different than Verhoeven’s RoboCop, because you need to have a man. You’re selling that this machine is a man, so [Kinnaman’s character] is totally conscious, he has his memories, he’s a man, and then he finds out that he’s a robot. Once you do all that, you can start to talk about philosophical issues… and if you develop this movie in a coherent way, you necessarily have to tackle those issues. The political issues that have to do with the use of drones are the philosophical issues on when is it a drone, when is it a human? They’re the same, basically. If you look at the literature and philosophy, you’re going to see that they’re discussed in the same books, actually. So as to the Samuel L. Jackson character and why we replaced the (commercials with an examination of the) media, I think it’s because the media became like the commercials and so we thought it was a good thing to have a little bit of fun with the crazy, right-wing mogul, Rush Limbaugh-type guys that everybody has. I have those in Brazil and I’m sure there are those in French, England and Germany. Personally, I would have to say I’ve had it a little bit with them, so why not make a little fun?”

Of course, given that more than 15 years have passed since the original movie, and technological innovation and indeed reliance has increased by leaps and bounds, all of the blurred issues present in “RoboCop” are even more relevant and pressing in a world where actual drone strikes are ongoing. How did the filmmakers juggle hot button topics like medical ethics and other social issues, all within the framework of something that’s still supposed to be a fun slice of sci-fi escapism? “The first ‘RoboCop,’ Verhoven’s film, already it had a great idea in the way I see it, which is the connection between the automation of violence issues,” continues Padilha. “You can think about this connection in several ways — one way is to consider Vietnam. America went to war with Vietnam (but left) because there was conflict at home due to the fact that soldiers were dying. If you take away the soldiers and put robots there, what happens? Same thing goes for Iraq. And for law enforcement, if you replace a soldier with a machine, you take away the possibility of the soldier or the police man to not do something the state asks of them, (something that) they think it’s unethical to do it. A machine doesn’t have that critical thought process. If you think about the first movie, you have Alex Murphy fighting against the directives inside his head. And so that character embodies this idea that you have to dehumanize the perpetrator of violence in order to have fascism.”

“Now we are getting very close to having robots replacing soldiers,” the Brazilian-born filmmaker continues. “We’ve already seen drones flying abroad, so we wanted to make this idea current… and to talk about what’s going to happen, (which is that) every country will have to decide soon whether they’re going to want to have robots following our forces or not. They have to pass legislation about what’s going to be allowed or not anymore, as far as machines go, and if by coincidence in the ‘Telegraph’ today, there’s an article about these American armies trying to replace soldiers with robots. It’s almost like the movie. It’s going to happen.”

“The difference for me,” adds Padilha, “is [that] if you have a guy piloting a plane and he throws a bomb in Pakistan and kills a kid by mistake, you can in principle judge the person — if they made a mistake or not — and even punish and put the person in jail. You can question someone. Now if you have an autonomous robot that’s not being piloted but is running on a software and deciding by itself whether to release the bomb or not, liability becomes fuzzy. Who is to blame? Is it the guy who deployed the robot? Is it the guy with the software who maybe failed inside the robot? How many companies did the same software? It’s an issue that’s been debated in philosophy. Law has to change with technology, but we don’t have a legal apparatus to deal with that yet.” 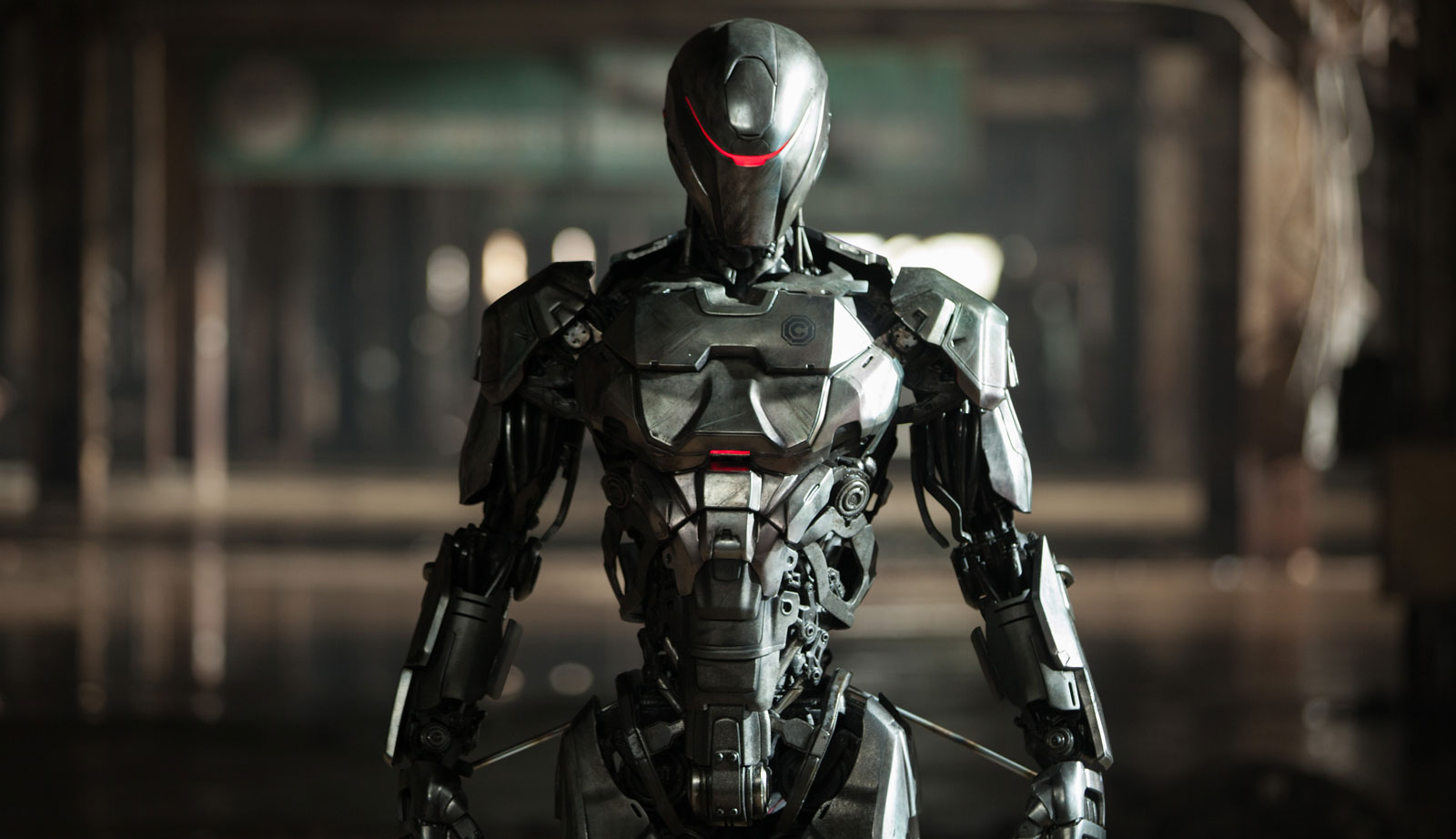