Paul Verhoeven’s “RoboCop,” from 1987, was a singular work of pop art, blending together an intriguing sci-fi concept, biting satire, considerable action violence, social commentary and more. It sparked various sequels and spin-off properties and now, more than 15 years later, a reboot from respected Brazilian-born director José Padilha (“Bus 174,” “Elite Squad”) that uses the same basic conceit as a framework to explore the place of drones and militarized robotics in modern society. Taking over for Peter Weller is Joel Kinnaman, who stars as Detroit police officer Alex Murphy — rescued from death after a car bomb explosion and refashioned into the emotionally compromised title character. At a recent Los Angeles press day for the movie, Kinnaman spoke at length about the challenges of acting in a restrictive full-body suit, and how to strike a balance between homage to the original “RoboCop” and something different. The conversation is excerpted below:

Question: Every role presents different challenges — what were the challenges you faced in this role, in particular dealing with the costume and all that entailed?

Joel Kinnaman: First of all, it was a bit of a challenge to put on this suit. The first time I put it on we were out [in] Pasadena. It was a hot day, it took a hour and 45 minutes to put it on and it was so uncomfortable — it was digging everywhere, pressing down in my shoulders and I was just sweating like a pig. After 20 minutes I said, “I’ve gotta get out of this.” Then I was thinking to myself, it was a daunting idea that I would have to wear this for 14 hours a day, six days a week for five months, so actually the suit became one of the first seeds that lead my imagination into the vulnerability that Alex Murphy felt after he became RoboCop. It was an interesting contrast because he’s got this body that is so powerful, but he feels very uncomfortable. He’s amputated from his throat down. He doesn’t know who he is anymore. My little level of uncomfortability sort of lead me to think of what Alex might have felt times a thousand. I was surprised to think that the suit that should make me feel so powerful actually makes me feel vulnerable. That was interesting.

Question: And you had to bring that into your character without the benefit of a lot of movement.

Joel Kinnaman: Yes, the difficulty of many of the most emotionally demanding scenes (was that) I had to be completely still. Especially in the scenes when I wake up and when [Gary Oldman’s character] reveals what’s left of me. Usually, I think if you all think back to the moments when you’ve gone through the most pain in your life or the most severe anxiety, your body is very much involved in that — your body is experiencing emotions. So when we as actors try to go and access those feelings, the body is a great tool to use. You can clench your stomach or you do something physical so that sort of helps your emotions along the way. In this instance I didn’t have that luxury, so there was that little higher level of difficulty, but what helped me out during most of these scenes was when I was looking into the truthful eyes of Mr. Oldman — that would always help. But that was one of the difficulties of wearing the suit.

Question: Since a former Batman, Michael Keaton is in the movie, did you get any good advice from him on acting in a restrictive full-body suit?

Joel Kinnaman: I got no sympathy from Michael Keaton when I got my suit. {laughs} He was like, “Shut the fuck up, you got it easy. They had to glue my suit on!” {laughs} There was a lot of gloating — a lot of gloating.

Question: Did you adopt any sort of special physical regimen either to wear the suit or for any sort of action choreography? And did they give you any part of the costume to take home as a souvenir?

Joel Kinnaman: Well, first, I did get the guns, [which] I have in a frame at home. I was very happy about that. After putting on the suit for the first time, and I felt how taxing that was going to be, I realized that I would have to be in good shape and that there wasn’t going to be much time to train while I was shooting because it was going to be long days. So [for] getting in shape — but also because of how we were discussing the programming and the software behind RoboCop’s movement patterns when he was in battle situations — our idea of that was that it would be more of a “special forces” (feeling). I was hoping to do most of those movement scenes, so I trained with Swedish special forces for three weeks, some guys that I trained with previously for other projects, and I also trained with the Los Angeles SWAT team.

Question: This film has a special place in pop culture and cinema history. What were your initial thoughts when you first heard about [the remake]? Were there any second thoughts at all about taking a part like this?

Joel Kinnaman: Well, I first heard [when] I got a call from my agents [about] “RoboCop” being remade. My initial reaction was that I might see that in movie theaters. But I didn’t think it was a great fit for me, at least where I was at the time. And then I found that José Padilha was going to direct it, and I’d seen his documentary and his two “Elite Squad” movies and that completely changed my perspective of what the possibilities of a remake could be. There’s a lot of wrong reasons why you would make a remake, and there are some good ones. When I heard that José was going to direct it, I [felt] pretty certain that it was going to be one of the good ones. I sat down with José and he told me the vision of the story he wanted to tell by using the concept of RoboCop. I thought it was a brilliant idea, and it brought me back to the sort of… {pause} you know, I think it’s human nature in many ways that we retell our favorite stories. In the theater we do that all the time. I’ve seen four different Hamlets, every one has given me something different. In this case it feels like in 1987, when this film was made, it was a futuristic vision that felt very much like fantasy. It was an incredible film. But in 2013 the technology has had an exponential curve and we’re so far into the future that I think in 1987 we couldn’t imagine where we could be right now. And for us, where society has come today, the concept of RoboCop really made sense to revisit, because it was one of those great opportunities where you could meld a big scale exciting action movie [onto a story with] some very interesting philosophical and political questions.

Question: The original is a classic to a lot of people, and also has more than a few iconic lines. You used several in the film, and I was curious as to how you chose which ones would work and how many would be too many?

Joel Kinnaman: There were a couple of versions of the script where many of the catchphrases were in it. We all had a discussion that, you know, what we’re doing is a reboot of “RoboCop,” but we’re not doing Paul Verhoeven’s “RoboCop.” And Verhoeven is a film director that I have a lot of respect for, and he had a very specific tone. José is a phenomenal film director that has a very specific tone to his films. So I think it would be a disservice and actually disrespectful to the original to sort of keep every line in there. We kept like one or two, maybe three, sort of as an homage to the predecessor, to what we love so much, but I think more than that would be a mistake [even though] it felt pretty cool to say a couple of those lines. 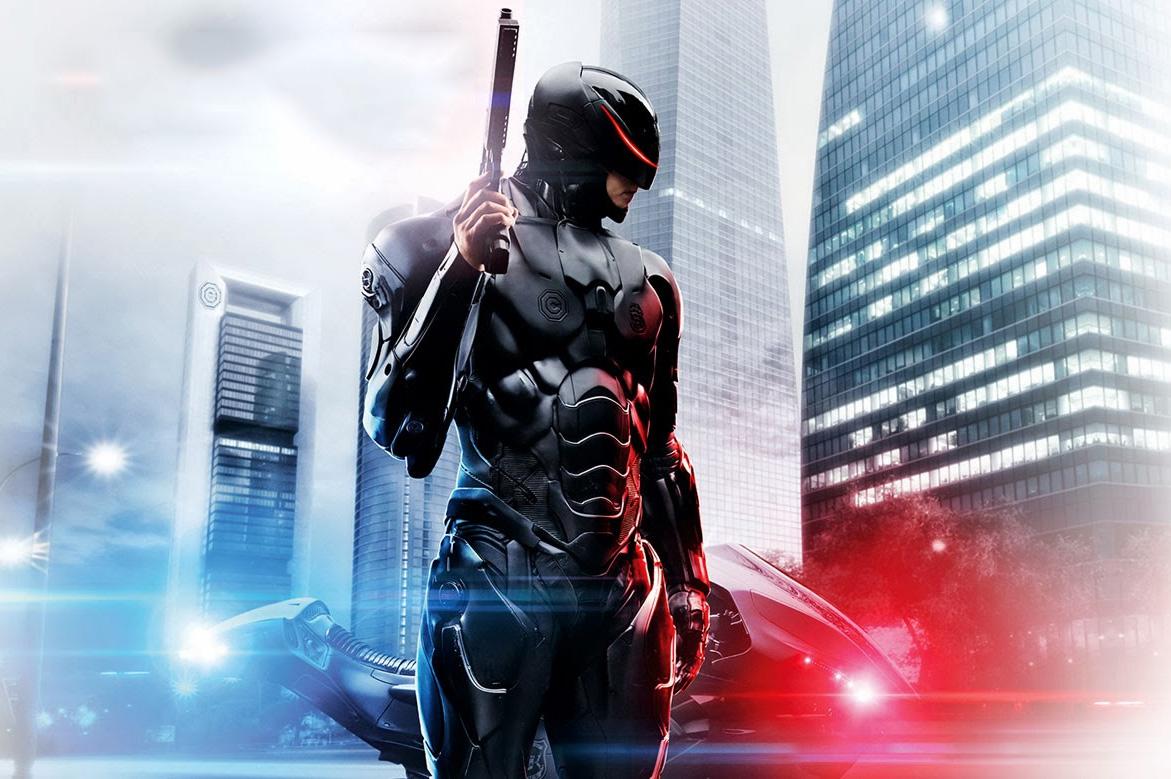 Cancel reply
Daniel Day-Lewis to Present at the Oscars
Hank: Five Years From the Brink Movie Review
To Top