Effortlessly killing terrorists and thrillingly thwarting their intense, internationally planned plots to take down their enemies has always been an exciting set-up for espionage thrillers. But the personal tolls these kills have on the heroic spies who stop the dangerous criminal masterminds have rarely been explored in the action-driven dramas. Director McG’s latest entry in the genre, ‘3 Days To Kill,’ is a humorous, relatable and thriving story about what happens when a successful agent begins to question his future and the effects his dangerous career has on his family.

‘3 Days To Kill’ follows CIA operative Ethan Renner (Kevin Costner), a dangerous international spy who decides to retire after a botched assignment goes awry. In the aftermath, he learns he only has up to five months to live, as his brain cancer has spread to his lungs. Feeling nostaglic and distraught over not being able to spend more time with his estranged teenage daughter, Zoey (Hailee Steinfeld), and wife, (Connie Nielsen), Ethan decides to move back in with them in Paris.

Upon declaring to his wife that he has truly retired, and is devoted to spending more time with their daughter, Ethan is visited by rising CIA agent, the mysterious Vivi (Amber Heard). Wanting to advance her own career in the organization, Vivi offers Ethan treatment in exchange for him finishing his last failed assignment. Ethan must track down dangerous criminal boss and terrorist, The Wolf (Richard Sammel), and his associate, The Albino (Tómas Lemarquis), before they set off explosives. While Ethan is apprehensive about returning to his undercover life and lying to his family again about his work, he’s driven to finish the job in order to receive the drugs and spend more time with them. He’s forced to balance his job and his family for the first time ever with the highest stakes.

Screenwriters Luc Besson and Adi Hasak, who have both garnered praise by penning such action films as ‘Taken’ and ‘Transporter’ series, and ‘From Paris with Love,’ respectively, once again created a captiving international thriller. The scribes offered an emotional insight into the personal side of international espionage, and how the continuous life-threatening work negatively impacts the personal lives of CIA’s agents. Ethan is enthrallingly portrayed as a tough, lethal operative who isn’t afraid to take out his targets without question while in the field. But he’s equally timid and uncertain when it comes to caring for Zoey, despite how much he loves and misses her.

While Besson and Hasak creatively proved the veteran spy is still struggling at balancing his job and family, they also smartly infused the story with unexpected, but much needed, humor. McG smartly focused on that humor to help difuse dramatic and serious situations. Whether Ethan is breaking down Zoey’s bedroom door when she’s screaming, only to find her upset over her latest hairstyle, or is mocking the nerves of Mitat Yilmaz (Marc Andréoni), the Wolf and Albino’s limo driver, as he’s questioning him on the terrorists’ locations, the natural humor difused the emotionally draining moments the CIA agent experiences on the job and with his family.

Costner was smartly cast as the seemingly tough Ethan, as he gave a powerful performance as a man struggling to balance his demanding career and family, that rivaled the actor’s work in his early career. While Ethan’s job as a CIA agent is only something most people only experience by watching films, the Academy Award-winning actor was still able to make the character relatable in the fact that he didn’t know how to prove to Zoey he truly loves her. Costner proved that his character took the job with Vivi in order to get the medicine to improve his health, so that he can spend more time with his family, but the job takes him away from the people he so longingly wants to spend time with.

Veteran stunt coordinator Slavisa Ivanovic helped McG create thrilling action sequences to show Ethan’s determination to stop the terrorists, so that he can truly reunite with his family. With Ivanovic’s expert help, the director mainly utilized in-camera stunt work in an effort to provide a more authentic, visually appealing story. From daring escape in hotel rooms and hallways to fights in the Paris Subway System and a thrilling multi-car chase that was actually filmed on the streets of Paris, the daring sequences between the spy and his targets make it feel as though viewers are truly watching the action in person. The bold stunts helped draw audiences into the battle Ethan is facing to stay alive for his family.

‘3 Days To Kill’ is a visually and emotionally thrilling action crime drama that shows the difficulties undercover agents face between serving their country and protecting their family. Costner was smartly cast as the seasoned veteran CIA agent who doesn’t flinch at killing his targets and eliminating threats for his country, but is still struggling with how to best protect his family. Aided by relatable and snarky humor that’s effortlessly shared between the spy and his colleagues and family, as well as bold, realistic action sequences, the film is an intense, enthralling story that showcases the difficulties even the most successful men have at balancing their work and family lives. 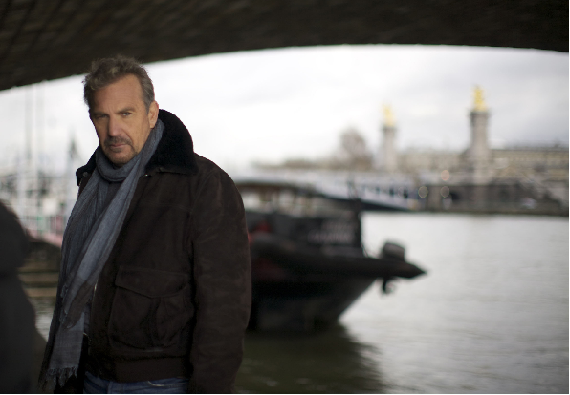