“The Lego Movie’s” run on top may come to a close, but not because “Non-Stop” or “Son of God” blows the box office away and really earns that #1 spot. “Lego” is about to move into its fourth weekend out and even though it will continue to stretch its legs, when you’re that far into your run, it just becomes tougher to keep ahead of the new debuts – even when they’re heading towards mediocre starts.

“Non-Stop” is poised to be “Unknown” all over again for Liam Neeson, Jaume Collet-Serra and Joel Silver, which would give it about $20 million to start. “Son of God” is a little tougher to predict. The goal is likely a “Passion of the Christ”-sized opening, but there’s no way the movie will come anywhere near $84 million. In fact, it probably won’t even trump “Non-Stop’s” $20 million. “Son of God” is looking at an opening more along the lines of 2012’s “Joyful Noise” with a decent $4,500 per theater average and roughly $15 million to start, letting “Lego” hold on to the #2 spot. There’s no way “Lego” will take down “Non-Stop,” but if it retains 60% of its weekend three earnings, it will manage to fall in just behind with an $18 million weekend four total.

Things could get a bit messy with the rest of the box office veterans depending on how far last weekend’s newcomers fall. Even though “3 Days to Kill” opened ahead of “Pompeii,” it’s more likely that it will wind up taking the direct hit courtesy of “Non-Stop.” However, even if “3 Days to Kill” sees its opening profits slashed in half and “Pompeii” drops just 45%, the former will still stay on top with $6 million while the latter claims just $5.5 million.

Even though both “3 Days to Kill” and “Pompeii” are taking sizable hits, “Robocop” is losing 487 theaters, so it’ll have a tough time bringing down last weekend’s 54% change. Should it dip 50% moving through weekend two, it’ll claim just $5 million, barely keeping ahead of “The Monuments Men.” Even though that one is moving into its fourth weekend in theaters, it’s maintained minimal percent changes each and every week, suggesting it’ll continue to do the same. If it dips about 45%, it’ll post another $4.5 million, and that’ll absolutely be good enough for the #7 spot.

“About Last Night,” on the other hand, could be in for a devastating drop yet again. It won’t fall another 70.6%, but it is losing 449 theaters, so a 50% drop is possible. Should that be the case, it’ll close out its third weekend by taking another $3.7 million to the bank. It’s highly likely that “Ride Along” and “Frozen” will wind up swapping spots. Even though both films have had long runs, “Frozen” is still the stronger contender. Even in its 15th weekend out, there’s a good chance it’ll only drop 35% whereas “Ride Along” could lose another 45%. If that is how things play out, “Frozen” will take #9 with just under $3 million while “Ride Along” claims #10 with $2.5 million. 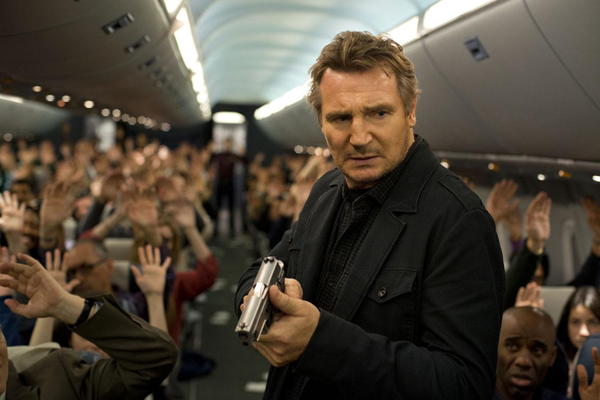