Liam Neeson continues with his on-flight action in the new fan-made Lego trailer for his latest film, ‘Non-Stop.’ The trailer, which was released by the suspense thriller’s distributor, Universal Pictures, was created by Brotherhood Workshop.

Universal has released the following synopsis for ‘Non-Stop’:

During a transatlantic flight from New York City to London, U.S. Air Marshal Bill Marks (Neeson) receives a series of cryptic text messages demanding that he instruct the airline to transfer $150 million into an off-shore account. Until he secures the money, a passenger on his flight will be killed every 20 minutes. 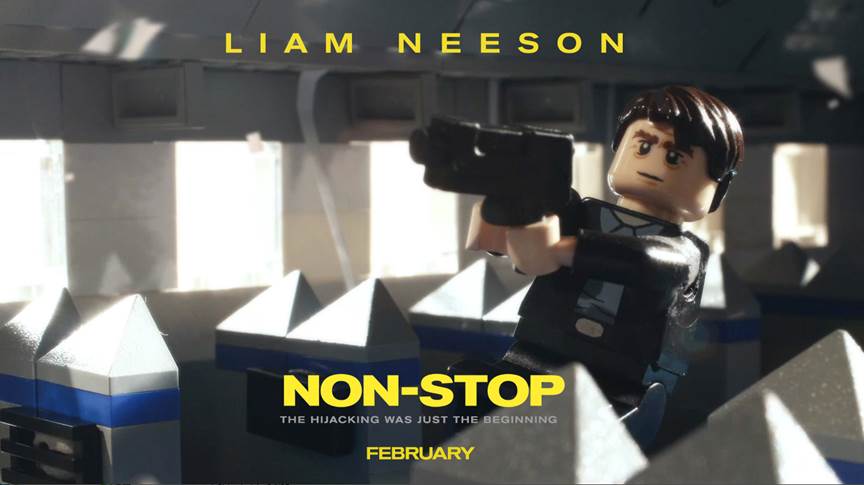