Movie News Cheat Sheet: And The Winners Are …

After a night of celebrating the best the movie industry has to offer, the big winners have Oscars to take home and the slew of films in the works have something to aspire to achieve in the years to come.

In addition to the list of 86th Academy Award winners, we’ve also got the latest on “Star Wars: Episode VII,” “Jurassic World” and “Ant-Man” casting as well as a newly acquired property that could be a “Lego”-sized success for Warner Bros., a possible new “Matrix” trilogy and more. The details are all coming your way in your weekly Movie News Cheat Sheet.

1. Academy Award Winners: After months of predictions and speculation, the winners are in. As expected, Lupita Nyong’o and Jared Leto made off with the Best Supporting Actress and Actor honors while Cate Blanchett and Matthew McConaughey took home the Best Actress and Actor titles. “Frozen” snagged the Best Animated Film award, “The Great Beauty” trumped the Best Foreign Language Film category and Spike Jonez took the Oscar for Best Original Screenplay while John Ridley nabbed the honor in the Best Adapted Screenplay category, but it was “Gravity” that came out the biggest winner by far. It won Best Sound Editing, Best Sound Mixing, Best Score, Best Visuals Effects, Best Cinematography, Best Editing and Best Director, but it still didn’t manage to take that top honor. This year’s Best Picture is “12 Years a Slave.” Click here for the full list of winners.

2. Adam Driver for “Star Wars: Episode VII” Villain?: Things may not have worked out for Adam Driver with “Batman vs. Superman,” but he’s pretty close to locking in another huge franchise instead. As reported by Variety, Driver is close to signing on the dotted line to portray the villain in “Star Wars: Episode VII.” No official details on the role have been revealed just yet, but the outlet does suggest that the character will “be in the vein of iconic ‘Star Wars’ villain Darth Vader.” Filming is set to being next month at London’s Pinewood Studio with JJ Abrams directing the script he co-wrote with Lawrence Kasdan, which is said to continue where “Return of the Jedi” left off.

3. A New “Matrix” Trilogy in the Works?: According to Latino Review, “The Matrix” series will carry on. Even though the third film, “The Matrix Revolution,” dropped over ten years ago, the outlet is reporting that the Wachowskis have submitted early treatments and outlines to Warner Bros in hopes of spawning another trilogy. Apparently one of those outlines focuses on the birth of the Matrix and it sparked interest amongst the execs, but no commitments have been made just yet. Latino Review also points out, “The derisive ending of the original ‘Matrix’ trilogy include the bearded Architect suggesting that Neo wasn’t the first ‘One,’ opening the story world for prequels.”

4. Vincent D’Onofrio is the “Jurassic World” Villain: Bryce Dallas Howard and Chris Pratt are set to go up against Vincent D’Onofrio in “Jurassic World.” Deadline recently reported that D’Onofrio has locked the role of the film’s villain and also confirmed Irrfan Khan’s involvement as well. The site didn’t offer any character details, but, over at The Wrap, there’s word that Khan is on board to play a character named Patel, the billionaire that now owns a new Jurassic Park while D’Onofrio will step in as the CFO of Patel’s corporation who “projects the image of a normal family man to mask a hidden edge.”

6. Malin Akerman & Taissa Farmiga to Star in “The Final Girls:” There hasn’t been much movement on “The Final Girls” in quite some time, but now, according to Screen Daily, the project secured two stars. Even though his involvement was first announced back in 2011, Todd Strauss-Schulson is still on board and now he’s got Malin Akerman and Taissa Farmiga joining him. They’ll take the lead roles in the M A Fortin and Joshua John Miller penned script, which chronicles what happens when a girl (Farmiga) and her group of friends find themselves trapped in the 1980s slasher film her mother (Akerman) once starred in.

7. Warner Bros. Developing a Minecraft Movie: Considering the game now has over 100 million registered users, it should come as no surprise that Warner Bros. snatched up the rights to make a “Minecraft” movie. As described by Deadline, “’Minecraft’ is one of the top five ‘open world’-type games, in which players can engage in a virtual world, creating any environment they can dream up with virtual blocks.” There are some obvious similarities between “Minecraft” and “The Lego Movie,” so it’s highly likely the studio will take a similar approach to adapting this property.

8. Patrick Wilson May Take a Role in “Ant-Man:” “Watchman” may not have worked out for him so well, but Patrick Wilson will get the opportunity to suit up again in Ant-Man. Well, that’s if he lands himself a hero or villain role. According to The Wrap, there’s no word on whether the part will have Wilson on the good team or the bad, but they do note that Marvel has been on the hunt for “another charismatic leading man” and Wilson fits the description of that role. Paul Rudd is already on board as Scott Lang and Michael Douglas is locked for Hank Pym, so it’s easy to assume that Ant-Man is not an option for Wilson, but with Douglas only portraying Hank Pym in modern times, there is the possibility that Wilson could step in as a younger version of the character. Meanwhile Michael Pena is in talks for a big role in the film and Marvel still has its eye on Evangeline Lilly for the female lead, but has yet to strike a deal.

9. Trailers: “The Sacrament,” “Godzilla,” “Veronica Mars:” If you’re familiar with Ti West’s work, you know he has a tendency to leave the splattering until the very end, but based on the new green and red band trailers for “The Sacrament,” there’s got to be action, suspense and a fair amount of brutality coursing through the large majority of this film. We’ve also got a brand new trailer for “Godzilla,” and it continues to suggest that Gareth Edwards will justify the iconic monster’s latest film. Last up on this week’s list isn’t a trailer, but it’s a promo worth sharing because it’ll appease “Veronica Mars” fans and newcomers alike. The Kickstarter-funded feature doesn’t hit theaters until March 14, 2014, but Warner Bros. is giving you the chance to catch the opening sequence early and ensure you’ve got the basics so you can jump right into Veronica’s latest case.

10. Box Office: We’ve got solid performances almost across the board. Both “Non-Stop” and “Son of God” managed to open relatively big with “Non-Stop” claiming a total of $30 million on a solid $9,715 per theater average and “Son of God” taking in $26.5 million of its own. “The Lego Movie” continues creeps its way down ever so slowly, only losing 32.9% of its weekend three profits, giving it $21 million for its fourth go-around. “The Monuments Men” managed to bring its percent change way down, only dropping 36.8%, taking in another $5 million and actually climbing up the chart from #5 to #4. “3 Days to Kill” is the big loser of the top five and one of the biggest of the whole weekend. Even though it opened with just $12.2 million, it still lost 60% making the move through weekend two, leaving it with just $4.9 million in total and $1,706 per theater. (via Box Office Mojo) 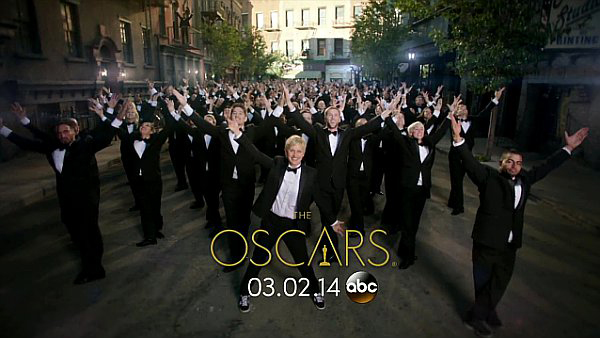