Sandra Bullock and George Clooney’s acclaimed sci-fi thriller, ‘Gravity,’ led the predictable ceremony of last night’s 86th Academy Awards, winning seven of the 10 categories it was nominated in. The drama, which was tied with ‘American Hustle’ in the number of nominations it received, won such awards as Best Directing, Best Cinematography and Best Visual Effects.

Helmer Alfonso Cuarón, who won the Golden Globe Award for Best Director, made history during the Academy Awards. He’s the first Latin American filmmaker to win the Best Directing Oscar.

The frontrunners in all four acting categories were also honored with cinema’s top award. First-time Oscar nominee Matthew McConaughey, who previously won the Golden Globe for Best Actor, was honored for his portrayal of Ron Woodroof in the biographical drama, ‘Dallas Buyers Club.’ Cate Blanchett, a six-time Academy Award-nominee, won her second Oscar, after being honored as Best Supporting Actress in 2004’s ‘The Aviator.’ She was celebrated as Best Actress for her role of the title character in the drama, ‘Blue Jasmine.’

Kenyan actress Lupita Nyong won the Best Supporting Actress Academy Award for her first feature film role, as Patsey, in the historical drama, ’12 Years a Slave.’ The movie, which is an adaptation of the 1853 memoir of the same name by Solomon Northup and was helmed by nominated director, Steve McQueen, also won Best Picture. The later win gave Brad Pitt, who served as a producer on, and also starred in, the drama his first Oscar, after being nominated for Best Actor twice, Best Supporting Actor once and as a producer once.

Jared Leto, who returned to the screen for his first movie role in six years, after working with his band, 30 Seconds to Mards, won the Best Supporting Actor Oscar. The first-time Academy Award nominee was honored for his role as the HIV positive transgender woman, Rayon, in ‘Dallas Buyers Club.’ During his acceptance speech, the actor honored the millions of people who have died of AIDS, and those in the transgender community, during the ceremony.

‘Frozen’ and ‘The Great Gatsby’ were also honored during the telecast. Disney’ family comedy, which just passed the $1 billion mark worldwide in box office receipts, won Best Animated Feature Film. It was also honored with Best Original Song, for ‘Let It Go,’ which was performed by one of the film’s stars, Idina Menzel.

Catherine Martin received two trophies at last night’s ceremony, for her work on her husband, director Baz Luhrmann’s, romantic drama, ‘The Great Gatsby.’ She was honored for costume design and production design, which she shared with set decorator Beverley Dunn.

There were several films that were nominated, including ‘American Hustle,’ ‘The Wolf of Wall Street,’ ‘Captain Phillips,’ ‘Nebraska’ and ‘Philomena,’ but were completely shut out. The films were nominated in such areas as all four of categories of the acting, as well as director and picture.

The 86th Oscar telecast, which aired on ABC, was hosted by Ellen DeGeneres, who previously held the job in 2007. The awards, which honoedr film achievements of 2013, was presented at the Hollywood & Highland Center in Hollywood. The ceremony was televised live in more than 225 countries and territories worldwide. See the full list of nominees and winners from the 86th Academy Awards on the ceremony’s official website. 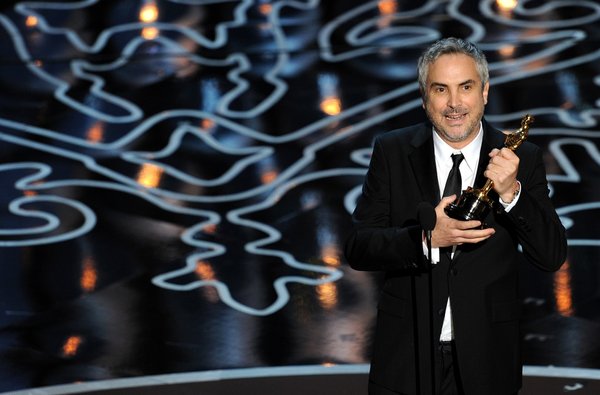