Be afraid to go ‘Home’ with the release of a new clip from the horror film. The movie, which is premiering tonight at SXSW, was written and directed by horror veteran filmmaker, Nicholas McCarthy. The scribe and helmer is returning to the genre after making his feature film directorial and writing debuts with ‘The Pact.’

The horror film will have its world premiere tonight at 11:59 at the Stateside Theatre. It will also screen on Tuesday at 11:59pm at the SXSatellite: Marchesa, and on Friday at 11:30pm at the Alamo Ritz 1.

The following synopsis has been released for ‘Home’:

When ambitious young real estate agent Leigh (Moreno) is asked to sell a house with a checkered past, she crosses paths with a disturbed girl whom she learns is the runaway daughter of the couple selling the property. When Leigh tries to intervene and help her, she becomes entangled with a supernatural force that soon pulls Leigh’s artist sister Vera (Rivera) into its web—and has sinister plans for both of them.

Watch the new ‘Home’ clip below. 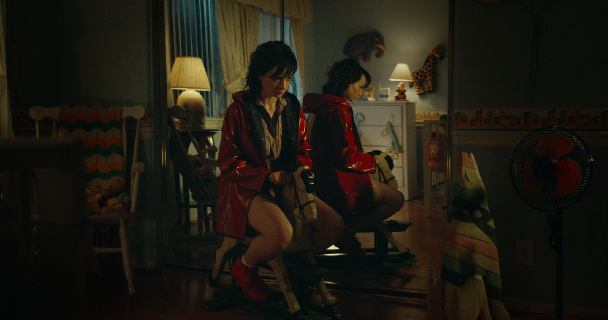