See President Barack Obama like you’ve never seen him before! Don’t worry–it’s nothing salacious or something horrible. But you will see him flex his deadpan comedic chops on Funny or Die’s “Between Two Ferns with Zach Galifianakis.” The web short featured the President get awkwardly interviewed by Galifianakis to hilarious effect. A lot of the time, Galifianakis will take the mick out of his guests, and the President is no exception to the rule. But the President also gets tons of digs at Galifianakis, particularly when it comes to “The Hangover” films.

So why was President Obama on Funny or Die? He was doing what he has been doing for a while–plugging Healthcare.gov, the open healthcare marketplace that allows everyone to sign up for affordable healthcare. The President isn’t the only member of the White House who has been promoting health initiatives; First Lady Michelle Obama recently made a video with Funny or Die’s co-founder, Will Ferrell for her Let’s Move campaign.

Check out President Obama’s appearance on “Between Two Ferns” below the post. What do you think about his appearance? Is the President’s time on the short reaching the younger, hipper, more ironic audience it’s intended to? Give your opinions below the post! 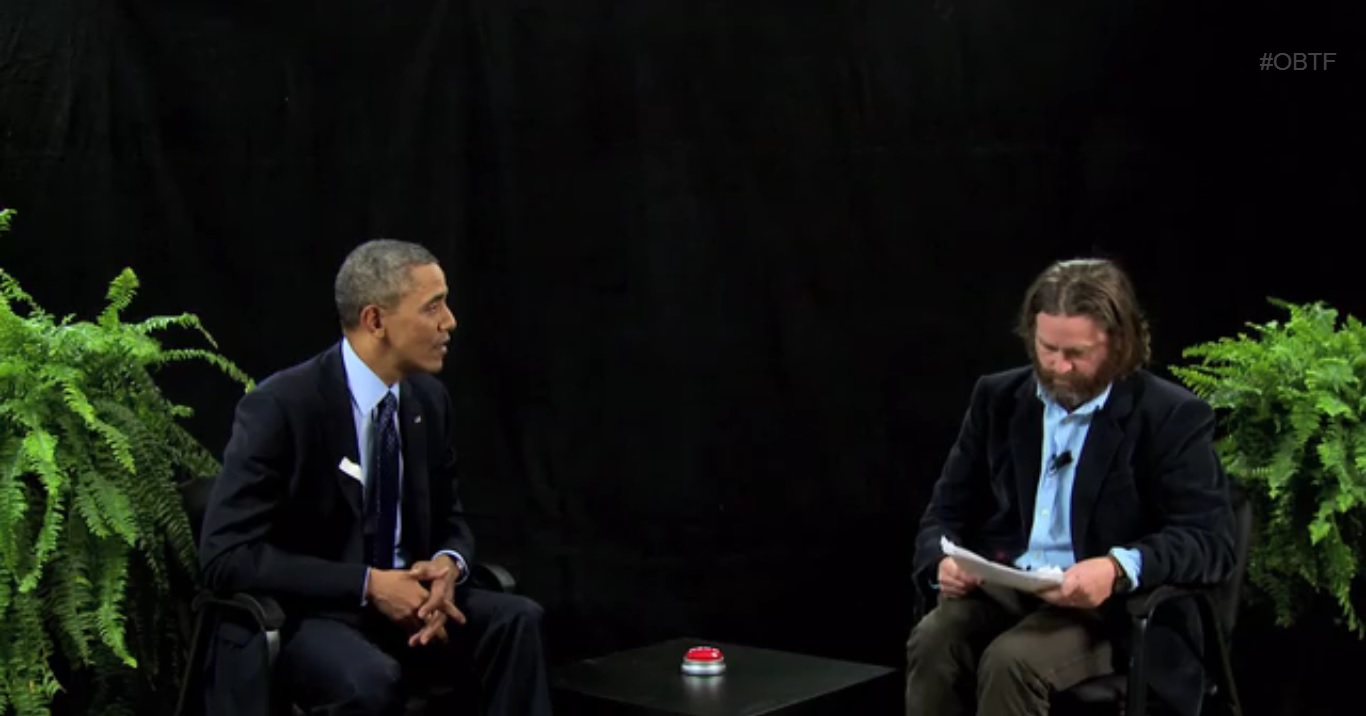