Superstar bad boy Charlie Sheen has reportedly been giving his Anger Management co-stars something to truly get angry about. Amid accusations of wild behaviour and a failure to appear for recordings, rumours circulating Hollywood suggest that Sheen could be about to sensationally depart the big budget sitcom.

The Hollywood Reporter has gone on record to claim that the 48 year old star has missed many days on the set of the FX show. His co-stars are reportedly fuming. Reports suggest that recording dates for the sitcom have had to be extended because of Sheen’s absences. Claims also suggest that stand-ins have had to be used during rehearsals as Sheen extends his colourful reputation for illicit behaviour.

Sheen’s publicist, Jeff Ballard, has denied reports that Sheen has been badly behaved and been absent from the set.

In a separate investigation, E! Online claimed from a source that Sheen knew that Anger Management ‘couldn’t go on without him’ during his ongoing fight with co-star Selma Blair. The feud with Blair first started last year when she criticised Sheen over his work ethic. The actor allegedly dropped her and called her a ‘c***’ via text message.

Sheen is no stranger to sitcom bust-ups. He departed Two and a Half Men after an ongoing row with its creator Chuck Lorre. The two Hollywood heavyweights had a public battle of words before Sheen’s sensational split from the show. Sheen reportedly lost millions of dollars by departing the highest rated sitcom at the time.

In 2013, FilmOn.com founder Alki David challenged Sheen to a $50,000 celebrity boxing match. That is a battle many would prefer to Sheen embrace. 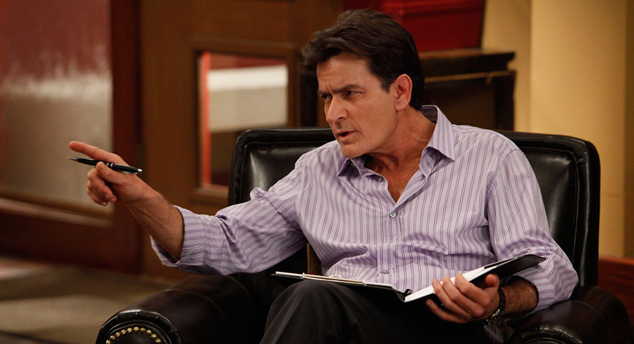