“Joe” may not be a particularly pleasurable watch, but David Gordon Green certainly earns your time, attention and emotion by constructing a palpable reality with two thoughtful characters at its core.

We begin with Gary (Tye Sheridan), a 15-year-old kid stuck living alongside his abusive drunk of a father, Wade (Gary Poulter). They’ve got a roof over their heads but only because they pulled the boards off a condemned house. Even though Gary seems to have a good head on his shoulders and the drive to make a better life for his mother and sister, his father is perfectly content sitting on the side of a road, nursing one bottle after the next. And then we meet Joe (Nicolas Cage). He runs a team of hardworking, respectful employees hired to poison and cut down trees so landowners can plant stronger pines in their place. Minus the occasional torrential downpour, he’s got a good operation going and it catches Gary’s attention. Gary asks Joe for a job and Joe gives him a chance, but no matter how hard they work, both are plagued with personal demons that threaten to destroy their existence each and every day.

The most successful and affecting components of Joe are the characters and performances. The piece is particularly bleak, but Cage and Sheridan’s ability to turn Joe and Gary into two fully realized characters with flaws you can understand and assets you can admire, creates enough of a connection to keep you engaged all the way through. They’re good people driven to do bad things because of circumstances that are out of their control, and that’s responsible for the large majority of the film’s suspense, perhaps even more so than plot progression and action.

Gary does feel like Mud’s Ellis all over again, but that also means we get Sheridan’s natural, highly engaging on-screen presence all over again. A lengthy opening shot doesn’t even give you access to Sheridan’s face, but the grit and honesty in his voice paired with visuals offering an introduction to his father’s deplorable behavior instantly makes you wonder, who is this boy and how could he possibly deserve this? It is unfortunate that that question never gets answered. A little backstory on Gary’s family and what led to their current state could have done the characters well, but Sheridan’s performance alone is enough to make you care about his fate.

Cage finds himself in a similar position except for the fact that Joe is given much more context. He’s naturally inclined to help those in need and fight for what’s fair, but he tends to do so using violence and when you’re an ex-con, the local authorities don’t take those actions lightly. Cage does such an exceptional job of balancing Joe’s temper and kindness that he makes the character a breeze to track. Cage also greatly benefits from his chemistry with the other actors, particularly Sheridan and his employees. Again, Gary and Joe’s relationship is somewhat akin to the one shared between Ellis and Mud (Matthew McConaughey), but just as it was in that movie, the connection is very appealing here, too. It’s definitely convenient that a desperate Gary just so happens to stumble upon a very supportive business owner, but by that point, you’re already rooting for Gary to make a better life for himself so the union of the two is intrinsically uplifting.

Putting Joe in even better light is one of the most entertaining portions of the film, the scenes during which Joe is at work with his team. These are men that do exhausting manual labor on a daily basis. There should be absolutely nothing appealing about their line of work, but the respect that Joe has for them and that they have for Joe makes you long for a similar environment.

Adversely, yet appropriately, every time Poulter appears on screen as Wade, you’ll wish he’d just drink himself into a coma already. A casting director actually found Poulter on the streets in Austin, Texas and invited him to audition for the movie even though he had never acted before. It turned out to be an ingenious move because the texture and darkness Poulter brings to the character is downright chilling and unforgettable. There’s one scene during which Poulter’s performance paired with the music and Green’s shot selection gives the moment a horror-like quality. However, oddly enough, there’s something disturbingly beautiful about it, too. Quite a few of Green’s visuals are superbly composed and bear a stunningly ominous tenor, but this one sequence in particular is especially fascinating due to the subtleties of Poulter’s performance.

The film’s only problematic weakness is poorly integrated supporting characters. We get quite a bit of Gary and Wade, but very little of Gary’s mother and sister. The few moments we do get to spend with them, they come across as though they’re just as inept as Wade, making it even harder to believe that Gary is part of the family unit. Even more troublesome is the inclusion of a character named Connie played by Adriene Mishler. We get the impression that Joe’s pretty close with the local strippers, but then, seemingly out of nowhere, Connie comes knocking, asks to move in and the two appear to share an honest, loving romance. There is one especially strong scene between Mishler, Sheridan and Cage, but otherwise, Connie is a forgettable component. Ronnie Gene Blevins’ Willie is plagued with similar issues, too. While it is made clear that Joe and Willie have had issues with one another for years, Gary Hawkins’ screenplay merely scratches the surface of those matters and considering the extent Willie goes to to punish Joe in the movie, that isn’t nearly enough.

Every so often the film’s pace slows to a crawl and these ill-fitting supporting players do distort the fluency of the narrative, but “Joe” does still function as a highly impressive character piece. Both Sheridan and Cage deliver exemplary work, but Green is also largely responsible for the film’s success because he’s clearly got a firm handle on all elements of this production, ensuring that one always enhances another, creating a truly multidimensional world. 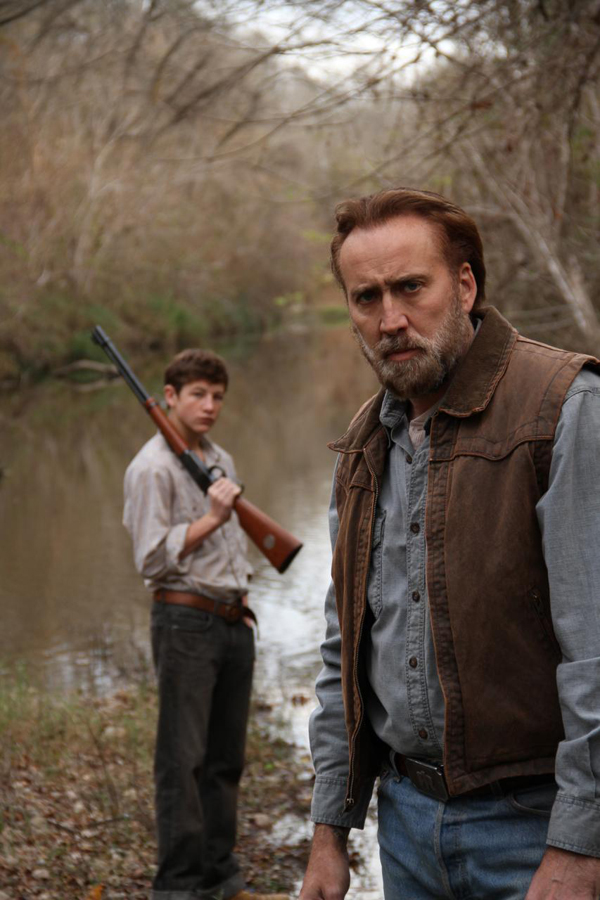