The 31 year old actress who took the world by storm with her Oscar winning performance in ‘12 Years a Slave’ has, according to US Weekly, been seeing the artist for six months.

K’naan is most famous for his song “Wavin’ Flag” which was selected as an anthem for the South African soccer World Cup in 2010 and reached the top 10 in more than 20 different countries across the world.

There’s been wild rumours around Jared Leto and Lupita Nyong’o (pictured together below) having an thing going, but whilst on the Ellen DeGeneres she said: “When I read these rumors, they’re so detailed that even I start to question whether they’re true or not”.

The majority of the rumors were sparked during Leto’s Independent Spirit Awards acceptance speech where he referred to Lupita as his “future ex-wife”, but he might have to at least wait a while, if not forever for that to happen now.

* If you enjoy watching great movies, check out FilmOn for online movie channels and much more. 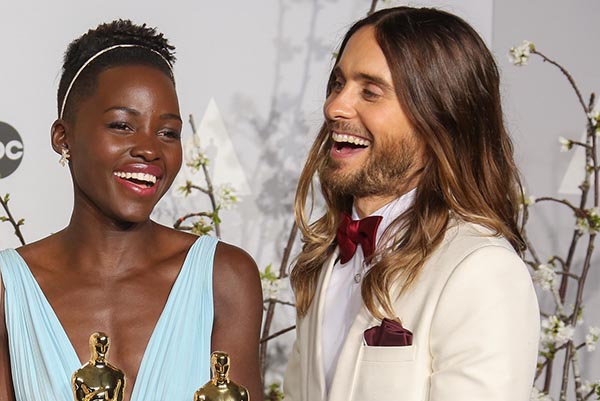