Miley Cyrus’s set designers for her world tour are reportedly being sued – after a builder claimed that he was injured by a giant tongue, which the singer slides down during her shows.

According to TMZ*, ShowFX Inc who created the prop, are facing legal action from builder, Charles Sarris.

He is said to be suing for damages because he ‘was not properly warned’ over the dangers of creating the slide and that the tools that were provided failed, causing him to fall and hurt himself badly.

During her 60 day tour, which has received mixed reviews, Miley is expected to make around $1.7 million a night.

*You can watch TMZ Live for free at FilmOn.com 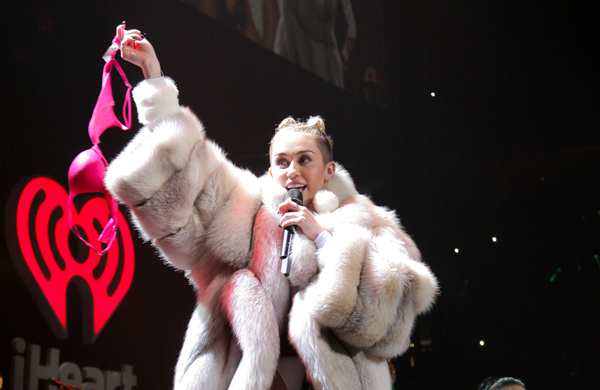