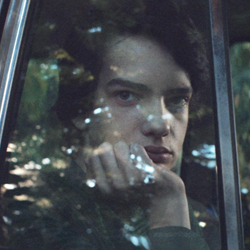 Michael Johnson gave himself quite the challenge making “The Wildness of James” his first feature film. Even though it does have a refined, grounded narrative at its core, it also requires Johnson to present that story in hyper real form so that the audience can have access to the title character on a much deeper level, and he really pulls it off.

The film focuses on Kodi Smit-McPhee’s James Charm. When his mother (Virginia Madsen) decides that he isn’t coping with his father’s death appropriately, she insists that he see a therapist (Danny DeVito). However, it isn’t until James steps outside of his own world, beyond his problems and begins to experience new things like having a crush (Isabelle Fuhrman) and meeting new people that he finally starts to put things into perspective.

While celebrating the film’s world premiere at SXSW 2014, Johnson, Fuhrman and producer Glenn Howerton took the time to run through the process of bringing James’ story to screen. The group touched on the challenge of delivering a piece that feels real, but has a fantastical component, the natural chemistry between Smit-McPhee and Fuhrman, the movie’s power to remind viewers of how they felt at 15-years-old, and loads more. Check out the full interview in the video below and if that doesn’t entice you to keep an eye out for “The Wilderness of James,” you can read my review of the film right here, too.