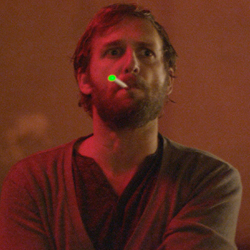 John Magary’s “The Mend” is a little bit of everything and that’s exactly what the first-time feature writer and director strove to achieve. As he explained himself, “I want it to be a strange experience to watch the movie … I want people to be along for the ride basically. If you’re not, it’s not gonna be fun.”

The story centers on two brothers, Alan and Mat (Stephen Plunkett and Josh Lucas). Mat is the more testy and lazy of the two whereas Alan is hoping to build a stable life for himself with his girlfriend, Farrah (Mickey Sumner). “The Mend” doesn’t feature a clear-cut narrative through which the brothers reconcile their differences, but rather takes a very natural approach to illustrating their connection, including ups, downs, senseless behavior and passionate arguments that all congeal to depict a particularly honest, layered version of their relationship.

With “The Mend” making its world premiere at SXSW 2014, Magary, Plunkett and Lucas were all in Austin, Texas for the event. Following its big debut, the trio sat down with ShockYa to offer a sense of what it took to get the film to where it is now. Catch what they had to say about building the story around a desirable budget and scope, the benefits and drawbacks to being able to assess their work while they shot, the most challenging scene of the film to shoot and more in the video interview below.