Go inside the ‘Island of Lemurs: Madagascar’ with a new featurette for the upcoming documentary. The video offers insight into the lifestyle of the exotic animal.

The film’s narrator, Morgan Freeman, offers such tidbits as lemurs being the world’s oldest primates in the clip. The featurette also includes shots of different lemurs living and playing in their natural habitats. The videos of the primates are interwoven with such people as Dr. Patricia Wright, a Primatologist, and the movie’s writer-producer, Drew Fellman.

‘Island of Lemurs: Madagascar’ was directed by David Douglas. The adventure documentary is set to be released on April 4 in 3D, 2D and IMAX.

In ‘Island of Lemurs: Madagascar’, Freeman narrates the incredible true story of nature’s greatest explorers—lemurs. Captured with IMAX 3D cameras, the film takes audiences on a spectacular journey to the remote and wondrous world of Madagascar. Lemurs arrived in Madagascar as castaways millions of years ago and evolved into hundreds of diverse species but are now highly endangered. Join trailblazing scientist Dr. Patricia Wright on her lifelong mission to help these strange and adorable creatures survive in the modern world.

For more information on ‘Island of Lemurs: Madagascar,’ visit the film’s official website. Watch the new featurette below. 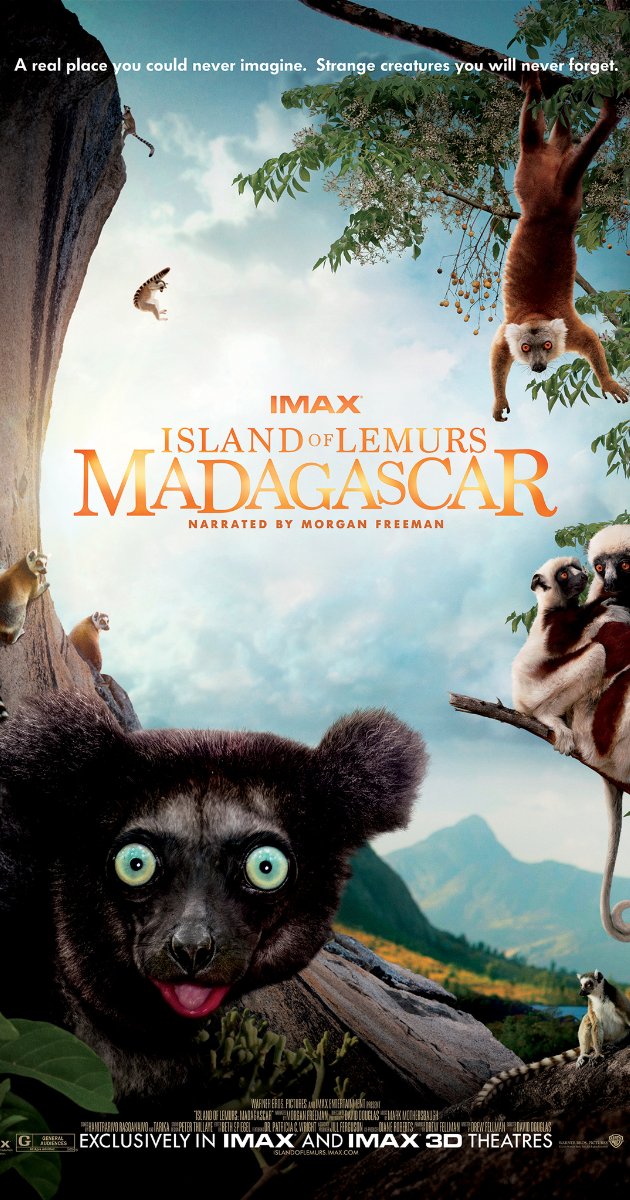 Cancel reply
X-Men: Days Of Future Past Gets A New Trailer
Ryan Gosling set for epic Berkeley Biopic
To Top