Dwayne Johnson is a bonafide superhero in the new film, “Hercules.” If you’ve been watching his updates on Facebook and have been excited about what Johnson will be fighting in the film, take a look at the new trailer below the post. The trailer shows Johnson as Hercules, fighting his way through his 12 Labors to prove himself as a hero and save the world.

After viewing the trailer, I’d say the film looks like a winner. It’s got tons of action–including Hercules fighting a huge lion and subsequently wearing the lion’s pelt (complete with lion head). It’s also got a smidge of romance, intrigue and tons and tons of muscles. It seems like it’ll be a great summer popcorn flick.

“Hercules” is a Paramount Pictures and Metro-Goldwyn-Mayer Pictures film, based on Radical Comics’ “Hercules” by Steve Moore. This film is described as being “a revisionist take on the classic myth[.]” “Hercules,” which also stars Ian McShane, Rufus Sewell, Joseph Fiennes, Peter Mullan, John Hurt, Rebecca Ferguson, Ingrid Bolso Berdal, Aksel Hennie and Reece Ritchie, is directed by Brett Ratner and will be in theaters July 25. You can learn more about the film at its website.

What do you think about the new trailer? Do you think Johnson makes a great Hercules? Talk about it in the comments section below! 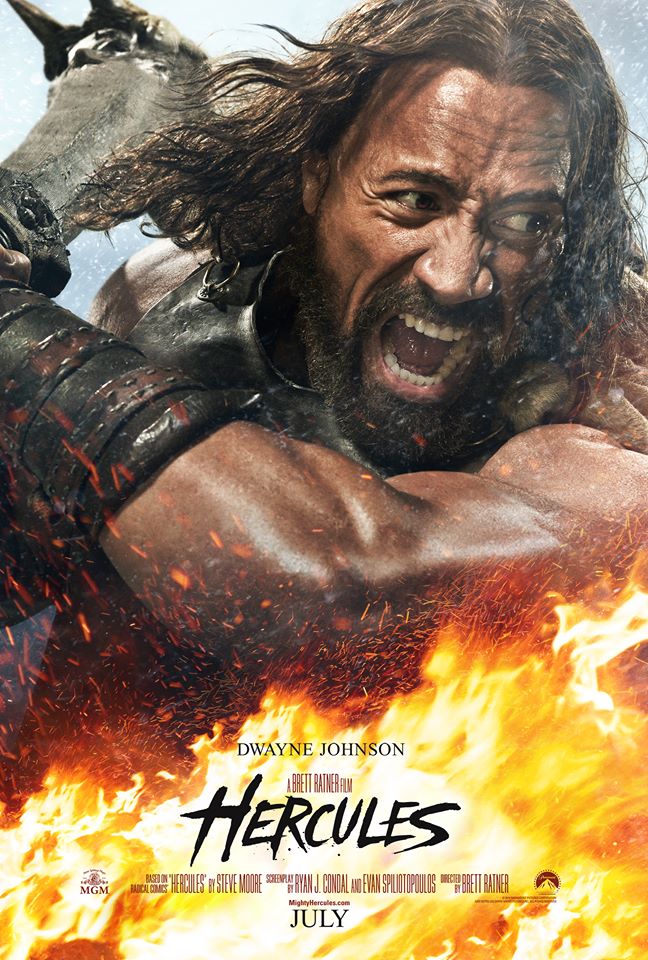