Hard rock band Six Days ‘Till Sunday have released the official music video for their new song, ‘Disease.’ The track is featured on the L.A.-based band’s debut album, ‘Predetermined,’ which is now available on iTunes, CD Baby and Amazon.

The video for ‘Disease’ was shot over two days in Hollywood, with director Tom Von Doom. The helmer utilized live footage from Six Days ‘Till Sunday’s debut show at the Whisky A Go Go, as well as conceptual footage. The song tells the story of an apocalyptic circumstance that plays itself out over and over again.

The members of Six Days ‘Till Sunday include:

Starlin Cross – Lead Vocals – Guitar – A discerning, powerful being who appears to those around him as seemingly human yet still somehow not of this world. Behind his arrogant defiance some say his eyes betray a deep sadness that goes unnamed.

His calming, structured voice and powerful lyrics, while burning the hillsides, instructs his followers to their divine destiny. Always questioning… is there a new path for us or is this life a single path of violent disaster?

Devlin 9 – Drums – No other has crossed the path of uncertainty as this one has. Yet still he wages on this journey. The flame that fuels this simple yet dangerous individual has been re-ignited in the coals of this wasteland. His anger burns through every smile…

Eric Griffin – Lead Guitar – A vengeful soul with a yearning for peace… Always searching for the meaning behind it all… He strikes with deadly precision at that which would restrain him.

Malice – Bass – With the viral intelligence of a master of deceit this one has decided to seek the truth despite the fact that the truth sometimes leads to a lesson in pain. He has learned that the most brutal lies are the ones you tell yourself.

Watch the official ‘Decease’ video below. 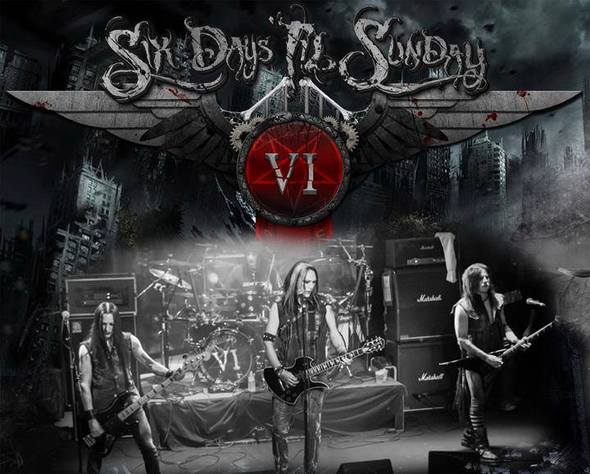