CBS Films brings horror to a new level with “Afflicted.” The film, written, directed by and starring Derek Lee and Clif Prowse, follows two friends who get much, much more than they bargained for after taking a whirlwind trip. Here’s more about the film:

“This terrifying horror thriller follows two best friends who set out on the trip of a lifetime around the world. Their journey, documented every step of the way, soon takes a dark and unexpected turn after an encounter with a beautiful woman in Paris leaves one of them mysteriously afflicted. Winner: Best Picture (Horror), Best Screenplay (Horror), Best Director (Horror) at Fantastic Fest, and recipient of awards of recognition from the Toronto International Film Festival and the Sitges International Fantastic Film Festival. AFFLICTED is one of the most suspenseful and original action horror debuts in a generation.”

You can take a look at the trailer below the post. Even the preview picture of the trailer looks disturbing, so that alone should paint a good picture of what the movie entails.

There’s also a new alternate poster for the film, created by Matt Ryan Tobin. Take a look at it below the post. “Afflicted” will be available in theaters or On Demand April 4. 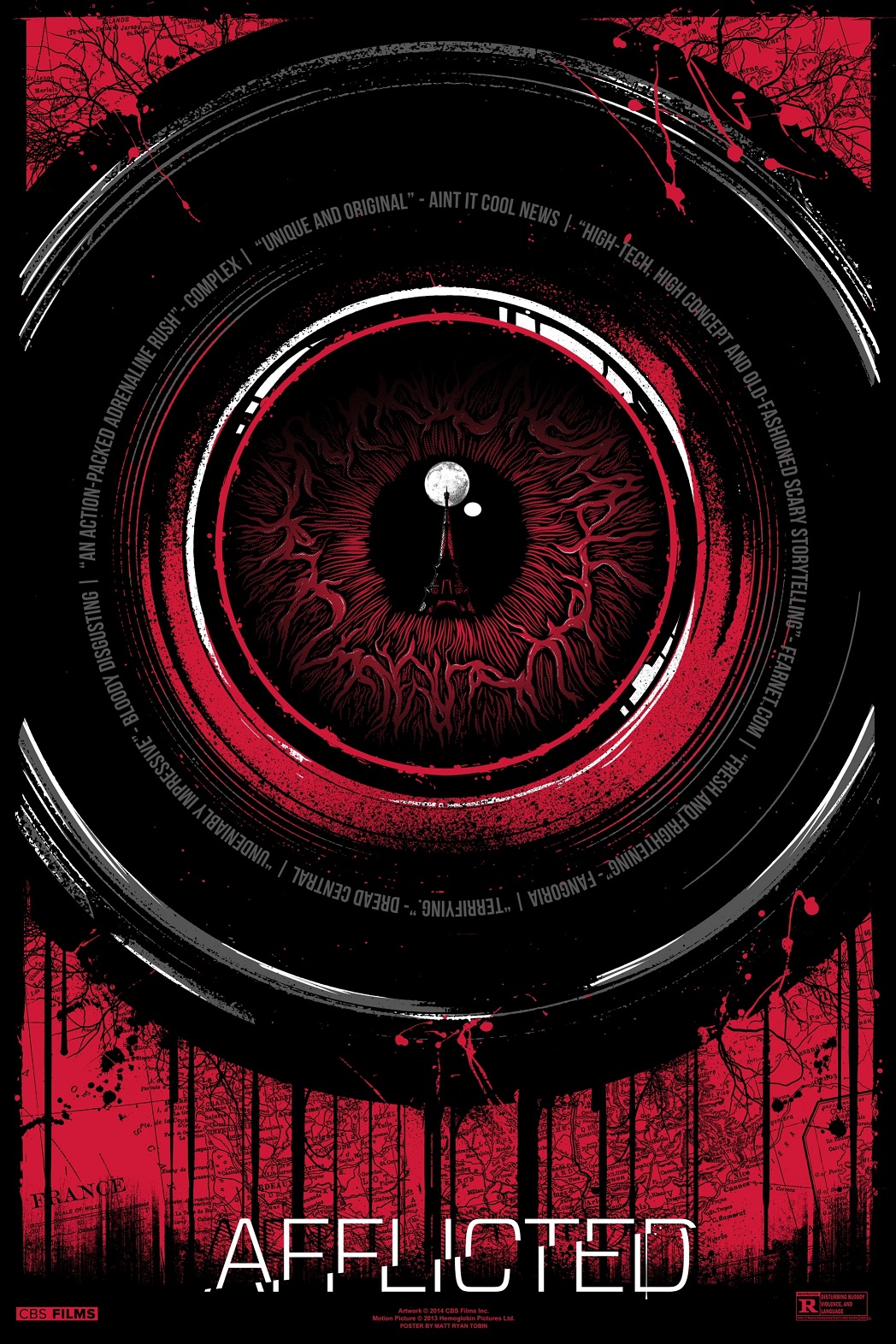