While hardened criminals are often known for their audacious and violent behavior as they’re released from prison, as they set out to take vengence on those they feel wronged them and contributed to their incarcaration. The title character in writer-director Richard Shepard’s new crime comedy-drama, ‘Dom Hemingway,’ played by Jude Law, does hold those stereotypical qualities as he finishes his sentence. But the anti-hero also embodies an unexpected melachony as he embarks on sacrilegious mayhem to obtain what he feels he’s owed from his former boss, Mr. Fontaine, played by Demian Bichir, who he took the blame for and served his time.

‘Dom Hemingway’ follows the title character, a larger-than-life recently paroled ex-con who spent the past 12 years in prison for not revealing his partners in his last safe heist. Upon his release, he reunites with his partner-in-crime, Dickie (Richard E. Grant), as he looks to collect what he’s owed for keeping quiet and protecting his boss. Dom and Rickie travel to the crime boss’ French estate to collect the struggling anti-hero’s money.

After the two survive an enlightening near-death experience and return to London, Dom declares he’s going to positively change his life. He sets out to reconnect with his estranged daughter (Emilia Clarke), a musician who’s hesitant to bring her father back into her life and endanger her young son. Without any plausible prospects, Dom is soon reluctantly drawn back into his old life of crime, as he looks for a way to settle the ultimate debt.

Bichir generously took the time recently to sit down to talk about shooting ‘Dom Hemingway’ during an exclusive interview at New York City’s Crosby Hotel. Among other things, the actor discussed how he was drawn to the movie because not only did he relish the idea of starring alongside Law, but he also enjoyed Shepard’s previous work; how Law was a great co-star to film with on the set, even as they rehearsed their scenes and built their characters’ backstory together before they began shooting; and how as both the writer and director, Shepard had a clearer understanding of the characters’ motives and actions.

ShockYa (SY): You star as Mr. Fontaine in the new crime comedy drama, ‘Dom Hemingway.’ What was it about the character, and the script overall, that convinced you to take on the role?

Demian Bichir (DB): Well, I had seen Richard Shepard’s film, ‘The Matador,’ way before we met. When I read the script for ‘Dom Hemingway,’ I thought it was a different type of story. Richard also mentioned that Jude Law was going to play Dom Hemingway. So all of that together made my decision very easy.

I also liked the fact that we could make this character Russian, and not Mexican or French or Spaniard, was even more appealing. I thought it was a good chance to explore.

SY: Speaking of the fact that Jude plays the title character in the film, and is one of the main actors you starred alongside in your scenes, what was your experience working with him on the set?

DB: It was fantastic. He’s a great team player, and is one of the boys. He never brought his star status to the set, which made everyone’s work very easy. We both love theater, so the process was very similar to performing a play.

Q: Speaking about your love of theater, ‘Dom Heminway’ had a very theatrical side, with the performances and the story. Did having an appreciation for live performances influence the way you told the movie’s story?

DB: I think so, because there is some theatricality to this story and these characters. I think in many ways, it’s a lttle bit Shakespearean, because it was prepared liked that. We built the relationships between these people throughout a very profound type of process. We sat down first and worked for a few days, before we even blocked the scene. That’s pretty much the way theater works.

We prepared first, and then stood up and blocked the whole thing and reherased for long hours. There’s a scene, for example, in the monkey room, and we never stopped. It’s a scene that went on for several minutes, and there weren’t any cuts. We would do it in one shot, over and over again. So that’s a lot like how theater works.

SY: Also speaking about Richard, who you mentioned earlier, he both wrote and directed the film. What was your experience of working with him like, as both a scribe and helmer? Do you prefer working with directors who also penned the script?

DB: That’s interesting. I don’t know if it’s easier or not, but they do have a better and clearer idea about everything.

SY: While you were rehearsing with Jude and Richard, did you create a backstory about your characters’ relationship?

DB: Yes, you have to go through all that when you’re building a character. There’s a long story behind them that no one knows, and the audience never gets to see, because that happens before the film begins. But we had to build that.

SY: ‘Dom Hemingway’ was shot independently on location in London, as well as at England’s Pinewood Studios. What was your overall experience of shooting the film on a smaller budget?

DB: That’s pretty much the way I’ve shot all my films. I come from the independent world, so this film was a luxury. If you really want to see how short shooting is, you have to go to Mexico. It’s a lot shorter there, because the budget for any Mexican film is very small.

But I’ve done all kinds of movies. ‘Savages,’ for example, was a Universal movie. ‘The Heat’ was released by 20th Century Fox. So I’ve made some studio films, and many independent films. All I can say is that filmmaking is the same everywhere. The only thing that changes is the money. That’s the difference between having six, nine or 12 weeks on a set.

SY: The film screened at the 2013 Toronto International Film Festival. What was your reaction when you found out the movie would be playing at the festival? What kind of reactions did you receive from audiences at the festival?

DB: Yes, we attended the Toronto premiere. One of the most interesting parts of filmmaking is how people are going to take the film. It doesn’t matter how much you like it; you have to wait until it’s seen by an audience.

Their reaction was fantastic. People were really into the film, and we had a warm applause at the end.

SY: Is there a particular message you’d like people to take away from the film?

DB: It would be great if people get what I got from the film after I saw it, which is no matter how hard life is, there’s always space for redemption.

SY: Besides ‘Dom Hemingway,’ do you have any other upcoming projects lined up that you can discuss?

DB: Right now I’m shooting the second season of ‘The Bridge.’ I’ll also do some theater when I’m done with the show, somewhere around September or October. I’m also finishing editing a film that I wrote and directed. 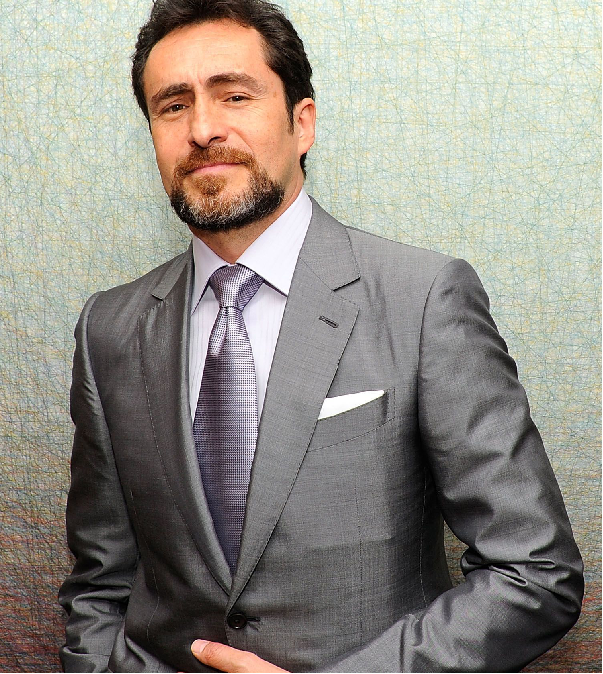