Title: A Farewell To Fools

An extremely low-boil wartime farce that contents itself to wring silent smiles and mental laughs from viewers, “A Farewell To Fools” unfolds in Nazi-occupied Romania in 1944, where young Alex (Bogdan Iancu) enjoys playing war with Theodore (Gérard Depardieu), an oafish and not-altogether-there former veteran known to all the local townspeople as Ipu. After Alex discovers a German soldier dead in a ditch, a Nazi commander announces plans to execute “the 10 most prominent authorities of the village” if the murderer doesn’t turn himself in by the next morning. Concerned with saving their own skins, Father Ioan (Harvey Keitel) and the town’s feckless go-along mayor (Nicodim Ungureanu) hatch a plot to draft Ipu to volunteer to surrender himself. Plying him with pancakes and homilies at a hastily arranged “birthday” dinner (Ipu doesn’t know his real birthday, so they initially tell him it’s a celebration), the town’s elders paint a portrait of a community united in loving commemoration of Ipu for this sacrifice. Ipu, though, demands a rehearsal — he wants to be able to experience the grandeur of his funeral — and other concessions, as the already hamstrung bargaining power of this elite cabal further erodes.

While it’s attractively photographed and put together, “A Farewell To Fools” doesn’t exactly pull any muscles reaching for unerring period-piece credibility, and Keitel, delivering a fairly familiar spin on his avuncular boilerplate, doesn’t quite plumb the depths of pious arrogance for their full, amusing contrast in the rising tide of frustration. Still, the movie more or less works as a sort of lightly affected, darkly comedic parable. Director Bogdan Dreyer and screenwriter Anusavan Salamanian have considerable fun tweaking human hypocrisy, especially of the so-called civilized set. It connects because it’s all connected to a series of well-sketched characters.

And then there’s Depardieu. While his girth is a thing to behold — and at times recalls the classic “Simpsons” episode where Homer gorges himself in order to secure stay-at-home disability, and starts wearing nothing except muumuus — the legendary French actor retains a surprising physicality, as well as the ability to believably tap into a childlike sense of how to parry, avoid and dissemble. It’s a credit to his sly gifts that the highly impressionable Ipu is able to come across as a “legitimate” simpleton, but one also with a very much developed set of greater wants and dreams.

There will be an insistent subset of arthouse pooh-poohers who decry Dreyer’s film as too dry, stilted and mannered, and just as many (or even perhaps most) regular viewers might simply dismiss the movie out of hand for not being funny enough. But “A Farewell To Fools” isn’t a comedy designed to elicit laughs out loud. Its jokes, in a proper sense, are few and far between. Rather, it’s a human comedy that throws a light on the fault lines of power, and illustrates the fine line between morality and self-righteousness.

NOTE: “A Farewell To Fools” opens in Los Angeles at the Downtown Independent, and expands nationally via distributor Monterey Media. 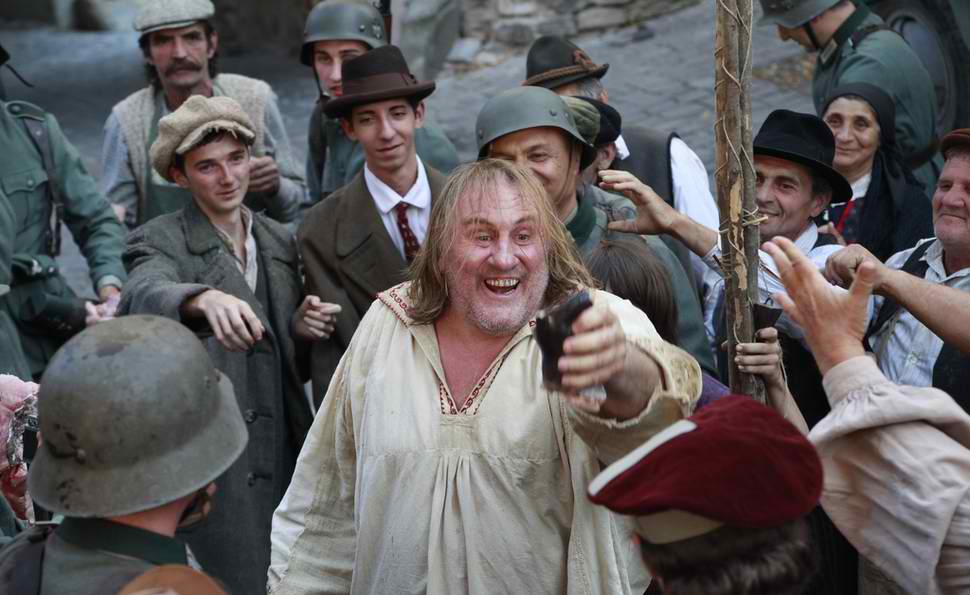