A FRAGILE TRUST: Plagiarism, Power, and Jayson Blair at the New York Times

In her 1999 book “Lying: Moral Choice in Public and Private Life,” philosopher Sissela Bok holds that virtually all lying is ethically unjustified—not even giving a free ride to doctors who white-lie to patients about pessimistic prognoses. The reason is simply that without truth, there is no trust. A civilization could collapse if we cannot trust teachers, doctors, lawyers, even used car salesmen to say anything but the truth. This extreme position can be subject to debate, but one thing is clear: when you are reading a story in the New York Times, purportedly the world’s most important and trusted newspaper, you don’t want to hear anything but the unvarnished truth.

Imagine, then, that a guy so emotionally ill that even given the job of intern and then later the authority to report on important global stories, does not realize that he could have had a glorious career for decades to come had he told the truth. Instead, Jayson Blair, hired at first because the NY Times believed that a multi-racial, multi-ethnic city like New York deserves to have a diversified staff of writers, became his own worst enemy.
The charges against him are: 1) He did not even show up at the places of many story datelines; 2) He plagiarized by cutting and pasting paragraphs from other newspapers such as one in San Antonio, presumably because he thought that his editors would never consult the journals of medium-sized cities.

In a documentary about the case against Jayson Blair, director Samantha Grant relies particularly on the testimony of…the liar himself! Mr. Blair, who appears penitent about his misanthropy, confessing over and over in cinematic close-ups, goes on and on about his crimes as though exulting in the notoriety. As you watch this fellow, who is clearly the star of the movie and given about as many minutes to condemn himself as the rest of the cast put together, you hope that his writing is better than his talking. He fills his cri de coeur with a peppering of “um” and “you know,” as though a college freshman giving his first talk in Public Speaking 101.

Director Grant allows Blair to metaphorically kick himself in the butt time and again, making this 75-minute film seem like a half-hour report padded out as far as it could go. Blair admits to taking cocaine and an excess of alcohol, checking into a hospital while the newspaper, perhaps reluctant to fire an African-American, turns the other cheek. This error by Executive Editor Howell Raines and Managing Editor Gerry Boyd cost them their jobs as well, as corrections to Blair’s stories continue to fill the “oops we goofed” section while Rains and Boyd pretend that Blair would grow on the job.

It does seem absurd that a guy holding a great gig with a paper awarded readers’ 100% trust would not even leave his Park Slope, Brooklyn digs, though we figure he was too high on alcohol and coke to move away from his computer and get out into the world to cover his stories. The most infuriating breach of trust was Blair’s plagiarizing of Macarena Hernandez’s story in her San Antonio-Express News on Specialist Edward Anguiano, missing in Iraq.
In numerous takes on the plagiarist’s confessions, director Grant has no need to challenge him. Blair is the judge, jury and executioner, with scarcely a redeeming note except to state (and this is probably true) that he went into journalism to “help people.” Talk is cheap, and even the assumed finality of print committed to virtually holy paper may prove nothing to the world except that sometimes trees—and people–are needlessly wasted. 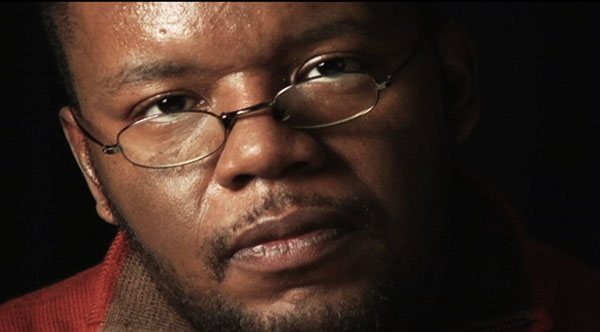 Cancel reply
The Duplass Brothers and Blumhouse Productions to Creep Audiences
X-Men: Days Of Future Past Gets More Character Posters
To Top