The latest film from CBS Films, “Afflicted,” is a horror film that’s quickly becoming one of the most talked about horror films of this year. Praise from Ain’t It Cool News, Bloody Disgusting, HitFix, Fangoria, and others keeps rolling in and now you can see it for yourself in theaters and through VOD.

FilmOn is also loving “Afflicted”; the online service was able to interview the filmmakers and stars of the film, Clif Prowse and Derek Lee, exclusively for their viewers. See what they had to say by watching the interview below the post. Also below is the embed of FilmOn’s red carpet coverage of more of today’s hottest films as well as the trailer for “Afflicted.”

“This terrifying horror thriller follows two best friends who set out on the trip of a lifetime around the world. Their journey, documented every step of the way, soon takes a dark and unexpected turn after an encounter with a beautiful woman in Paris leaves one of them mysteriously afflicted. Winner: Best Picture (Horror), Best Screenplay (Horror), Best Director (Horror) at Fantastic Fest, Winner: Special Jury Citation in the Best Canadian First Feature Film category at the Toronto International Film Festival and Winner of the Award for Distinguished Special Effects at the Sitges International Film Festival. AFFLICTED is one of the most intense and original action horror debuts in a generation.” 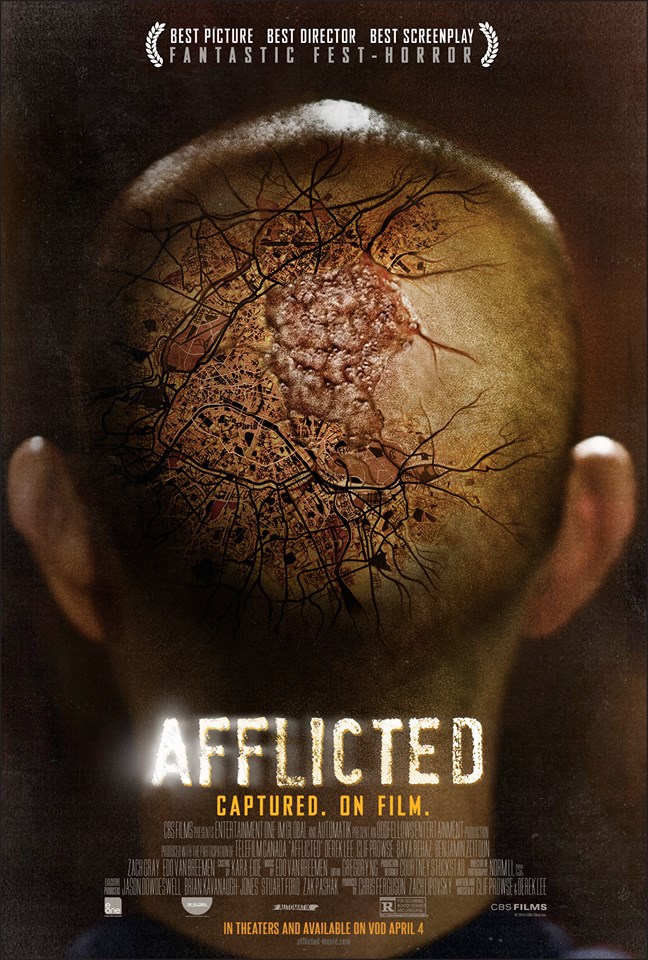