Writer-director Eliza Hittman’s striking debut film, “It Felt Like Love,” tells the story of 14-year-old Lila (Gina Piersanti), an awkward Brooklyn girl who falls into emulating the sexual exploits of her more experienced best friend (Giovanna Salimeni), with mounting peril. For ShockYa, Brent Simon recently had a chance to speak to Hittman one-on-one, about her debut feature film, non-traditional casting, adolescent sexual deceit and gamesmanship, and more. The conversation is excerpted below:

ShockYa: At the risk of this momentarily sounding terrible, I have a huge native interest in kids coming online libidinally at different times within their peer set, because you don’t see that addressed in a lot of films. You either get the horndog sex comedy where pacts are made or these asexual, Disney-fied things. With “It Felt Like Love” was the idea always to explore the space in between — that you wanted to create a difference in level of awakened desire in the characters?

Eliza Hittman: I’m like you, in that I’m kind of fascinated by the type of buddy movies that you’re talking about also. I was interested in why those films don’t really exist about women. I think that women have the same impulses, and often target people and go after them in a way that’s very selfish. And in terms of the relationship between the two friends, I think that people mature at quite different rates at that age. The difference between the two girls, even though they’re only one year apart, is quite vast, and the movie is about one trying to catch up as quickly as she can, and forcing herself into situations that feel as though she’s developing.

ShockYa: I’m sure you’ve had the question dozens of times about whether the movie is autobiographical, and you might take that as offensive, I don’t know. But I’m interested not necessarily so much in specific incident, but whether the movie was informed more by personal experience or a peer set or just casting an anthropological eye on adolescents of today.

EH: It’s definitely not my favorite question, because I think it’s a funny question. I don’t think anyone would ever ask a documentary filmmaker “How much of this is false?” But I think with fiction you’re always drawing on emotional experiences whether or not things are autobiographical. You want your work to be sort of credible, so you’re trying to find ways to narrativize or take personal moments or experiences and shape them into fiction. But the film is not autobiographical. None of the events per se happened to me, but there’s something honest about the emotions in play.

ShockYa: Sure. I was struck by something else not frequently seen in movies… namely, the degree of sexual lying and deceit in same-sex friendships. There’s often a recognition of [the fact that] friends will lie. You may know, but there’s this implicit code of not calling bullshit on them. I feel like that’s generationally consistent, more or less, but I’d also be interested in your perspective of how that fits in with the opportunity, at least, that technology presents for persisent connectivity. There’s texting in the film, but it doesn’t root down or delve into that to an overwhelming degree.

EH: Yeah, I remember spending late nights on AOL chat, and that was sort of a forbidden zone, or it felt like one — you could go in and you felt like nobody parental would ever know what was being said or happening. There’s a little bit of that in the texting in the film… she goes to comm w/him. And what was the first part of your question, I’m sorry?

ShockYa: I think in my own meandering, blathering way I was asking whether you think that technology is influencing sexual lying and gamesmanship within peer groups?

EH: I think that there’s a certain level of self-destruction that people experience that begins in adolescence, and I think it carries over. I know plenty of people who lie about their sex lives and income and careers in subtle ways to make themselves feel more confident and successful, and I think that’s a pattern in a way that begins in adolescence when you feel this need to compete, I guess.

ShockYa: This is perhaps a weird question, but interested in where and how you feel hip-hop fits into this film, and Lila’s journey?

EH: Well, I had a really extensive, non-traditional casting process for the film, where I went to dance studios and their classes and hip-hop classes, I hung out around public parks and listened to what people were talking about and what they were listening to, and how they were dressed and how their clothes fit them, because I wanted the film to feel of the moment. I didn’t want to create a film that took place in the high school of the late 1990s that I existed in. So all of that non-traditional casting filtered into my articulation of the physical world of the film, and I was taken with the hip-hop and dance class particularly. The song that they were dancing to when I first met Giovanna Salimeni was so explicit that all of the lyrics were dubbed out and it was like a clean version, and I thought that was sort of fascinating — that even though they lost the explicit content in the song, the dance and the movement was still so explicit in a way. So I thought a lot about that, and really wanted to create a really authentic diegetic score for the film.

ShockYa: In regards to the casting process, a film like this lives and dies, really breathes, in finding young talent, but also a lead who has a certain look, and a bit of a younger visage than her friend —

EH: Yes, but I also felt like you really needed to believe that they were friends, which was part of the challenge — veering away from stereotypes in casting, where the girl was just too physically awkward. You had to believe that these girls, even though the film takes place in kind of a snapshot of the end of their friendship I would say, you have to believe that the friendship existed and thrived at one moment, even if it was just one year before. So that was important to me — to cast people who you would believe would have had a connection through school, through band and all of those things. I did a non-traditional casting process, but I also had a casting director who put together some kids with representation for me to look at. But I actually only cast one person through those sessions, and the majority of the people in the film I found through other channels. I went to my high school and I was able to meet with a large group of kids who interested in theater and performance. I was pretty open to who I looked at. I went to dance studios and hung out in parks. It’s an interesting way to put a film together. It’s a micro-budget film so I was trying as hard as I could to avoid SAG, and I had not that much to offer. But also, I’m interested in filmmakers who use that process. I don’t necessarily think you need someone with a certain level of training to be in a film. For a theater production there’s different expectations, and you need to rehearse and memorize and perform night after night. But with film you kind of only need that take once.

ShockYa: You’d done a number of shorts prior to this, but “It Felt Like Love” was your debut feature film. What were your expectations, and what maybe most surprised you?

EH: I think I had a lot of hope for it, but not a lot of expectations, and there’s a difference. Now I feel like going into another project I have a lot of expectations, which is scary and intimidating. But for “It Felt Like Love” I was just that I was making something, and just making it felt like the reward. I felt a sense of accomplishment from it, and I knew that because I’d had a short film already play at Sundance (previously) I was able to get an extension on the deadline (for submission to Sundance), so I knew somebody was excited to see it, and that made me excited to show it.

ShockYa: Those expectations that you mentioned, that exist now, are they commercially based — not in terms of dollars, but distribution model or deal — or are they all over the place?

EH: I think it’s all over the place. I’ve seen behind the curtain, and how hard it is to monetize your work. I’ve seen how challenging the distribution world is, and that it’s in a state of upheavel. And I want to close the curtain. (laughs) I don’t think it’s any way to think about making a film — I think there’s a danger to trying to make something more commercial or more general, because then you just end up in a larger pool of more general work. That’s not my interest, neccesarily. But it seems maybe easier to start a career than to maintain one.

ShockYa: I get that. And I appreciate your candor. Because I could ask you about the experience of taking the film to Sundance, which I’m sure was magical and quite rewarding in many respects, but the fact remains that that was last year, 2013, when it played, and for films that aren’t snapped up and released within a couple months it’s kind of Chinese water torture for a filmmaker, because you want that work out there, and you’re torn as to what the best presentation is for it.

EH: It is, but it’s also so much about timing. A lot of independent films come out in September — there were more independent films than ever that came out in that window. And I feel like even though we came out a bit later we still found a better window of opportunity to release it.

ShockYa: What’s your impression of the future of independent filmmaking, then — is the theatrical release always going to be the holy grail or center-target for filmmakers, in your opinion, or are audiences embracing VOD to a degree that filmmakers are going to feel comfortable with alternative modes of distribution?

EH: You know, I had a really long conversation yesterday with one of the publicists who’s working with us, and she said that her professor at school said something that stuck with her, and it’s going to stick with me as well, and that was that one form of media never fully replaces another. That’s why we still have books. I don’t think that theatrical is going to disappear. I don’t know what changes are going to be made to accommodate independent and arthouse films. Who can predict, really? None of it makes much sense to me right now, and I’m trying to wrap my head around what makes distributors think a film has value or [the ability to] make a return. I don’t really get the logic of it all, so I don’t feel like I’m qualified to answer this question.

ShockYa: What’s on deck for you next?

EH: I’m still promoting “It Felt Like Love” and I’ve been teaching directing at Columbia. And then in mid-May my calendar goes from being completely packed to completely empty, and then I get to sort of dive in and be a full-time writer again. So that’s what I’m looking forward to next.

NOTE: For more information, visit the film’s website at www.ItFeltLikeLove.com. 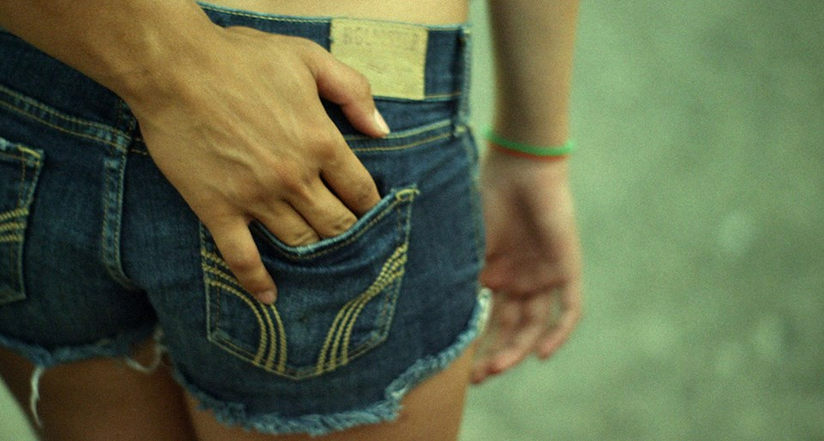