There may not be a better film this year about adult sibling jostling, rivalry and affection than Tom Berninger’s extraordinary “Mistaken For Strangers.” The fact that it’s also a meta-documentary about life on the road with the ascendant indie rock group The National, whose lead singer Matt Berninger is Tom’s older brother, is completely incidental. This is an engaging work of many colors, at once funny and heart-piercing, that taps into the rich and often conflicting veins of feeling that only loved ones can elicit.

The younger Berninger is a Cincinnati roustabout — a sensitive, wayward creative soul and aspiring indie horror director who comes off a bit like a cross between “Feast” director John Gulager and Mark Borchardt, the subject of Chris Smith’s “American Movie.” When The National — a quintet made up of two other sets of brothers, plus Matt Berninger — prepares to go out on tour, they hire Tom as a roadie, affording him his first chance at international travel. Tom brings along his cameras, filming the entire experience, and in the process often ignoring his official job duties. Tension, arguments, reflection and self-discovery ensues.

“Mistaken For Strangers” has a multitude of ideas, emotions and themes — enough for about a half dozen different films. In its own facile way, it’s a wry rock ‘n’ roll tour document, a peek behind the curtain of a brooding-cool critics’ darling whose hard work and doggedness have finally paid off with commercial punch-through, and the attendant dressing room catering riders that entails. Of course, it’s refracted chiefly through the prism of the 34-year-old Tom, whose awkward questions (“Does the motion of the tour bus cause weird dreams?” and “Do you have a wallet when you’re onstage?”) recall the late Chris Farley’s famous “Saturday Night Live” talk show sketch, where his nervousness around whatever celebrity guest habitually got the better of him.

The film is also about fraternity, obviously, but all the component elements of sibling relationships as well. There’s love, exasperation, shame, jealousy, pride and so much more. And it’s all captured in such a disarming, entertaining style that’s steadfast and true to the commingled nature of those feelings. (“Am I fired?” asks Tom at one point. “Technically, yes, but don’t put it through that filter,” replies Matt.) Finally, “Mistaken For Strangers” is about the ethereal nature of creativity and the weight of depression too, summoning up memories of “The Devil and Daniel Johnston,” which is both a good and bittersweet thing, for anyone who’s seen Jeff Feuerzeig’s superb 2006 documentary.

It’s a completely different film than Sarah Polley’s “Stories We Tell,” of course, but part of the miracle of “Mistaken For Strangers” lies in the amazingly instinctive editing by a party so tied up and personally invested in the knotty familial relationships on display, just as in that movie. The younger Berninger crafts a portrait of himself (Carrin Besser, Matt’s wife, also serves in an editorial capacity) that is knowingly unflattering in some respects, but also enormously sympathetic. Taut and moving, “Mistaken For Strangers” does right by the complexity of all of its characters’ feelings, its knowing self-commentary (at one point Tom talks about filming himself crying before actually showing that footage) never dipping into conceited self-satisfaction. One needn’t know or care a whit about The National to enjoy this stirring film, indisputably one of the year’s best, nonfiction or otherwise.

NOTE: In addition to its theatrical engagements, “Mistaken For Strangers” is also available on VOD platforms. For more information, visit www.MistakenForStrangersMovie.com. 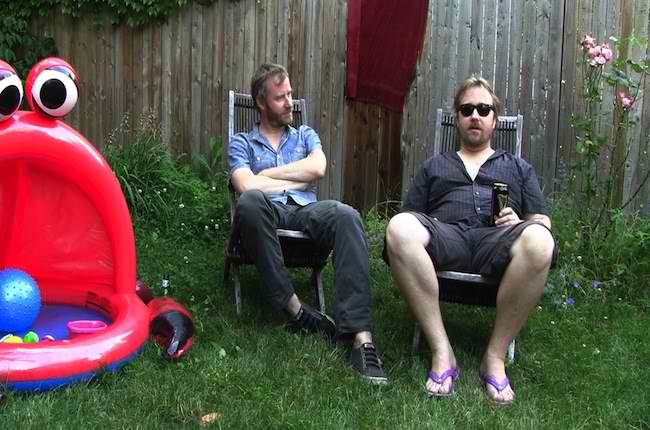