Nick Carter has married Lauren Kitt in Santa Barbara, California. The Backstreet Boy’s wedding story may come as sad news to all the hopeful singles that have followed the singer since the 90s.

Nick’s younger brother Aaron Carter was not present at the ceremony which took place on Saturday despite his efforts to try to make it on time.

“Aaron changed planes several times to get into Santa Barbara. He was breaking his a** to get to Nick’s wedding,” said ‘RumourFix‘ – but technical problems with his US Airways flight meant he was unable to attend.

According to Daily Mail Nick had been carrying around his wedding ring for two weeks when he popped the question in February 2013, but he did get the answer he was searching for.

Nick and The Backstreet Boys broke through to world stardom in the mid-late 90s, topping charts across the globe. They also remain one of the best selling boy bands of all time with more than 130million records sold.

* Get more showbiz news on LIVE TV at www.FilmOn.com 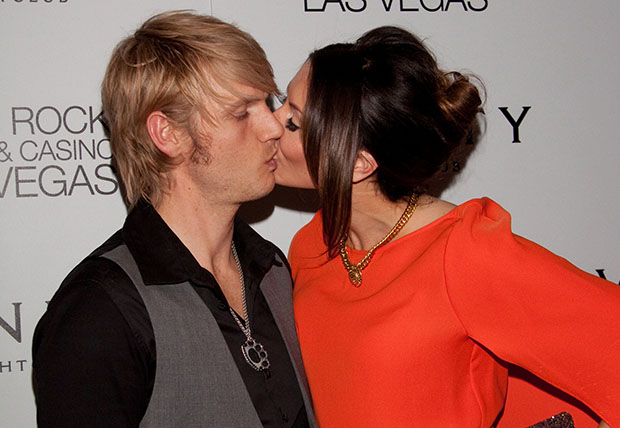