The eclectic entertainer, Jon Favreau, delivers a delicious dramedy that he wrote, directed and in which he starred in.

‘Chef’ is the story of cook Carl Casper (Jon Favreau) who quits his job at a prominent Los Angeles restaurant after refusing to compromise his creative integrity for its controlling owner (Dustin Hoffman). Once he is left to figure out what to do with his life, his ex-wife (Sofia Vergara), will help him with her former husband (Robert Downey Jr.) to launch a food truck. Carl, through a gastronomic road trip with his friend (John Leguizamo) and his son (Emjay Anthony), will reignite his passion for the kitchen, life and love.

Favreau presents the riches-to-rags-to-riches recipe with zest and truthfulness: Carl Casper is responsible for his success thanks to his diligence and talent, but is also the cause of his downfall due to ingenuousness and smugness, and gets back up again through his humble hard work.

The actors’ performances are very well calibrated, from the perky protagonists, to the supporting players who are well cast in their cameos. Additionally, the delight of the storytelling also lies in its stretched out pace as things evolve smoothly and slowly: our Chef’s epiphany, to change his life, develops gradually as he earns one step at a time his self-fulfilment. Plus, all foodies will appreciate the scrumptious-looking dishes that accompany this journey of reconciliation with the true self.

‘Chef’ is pure cinematic comfort eating: you will need it to nourish your troubled soul. 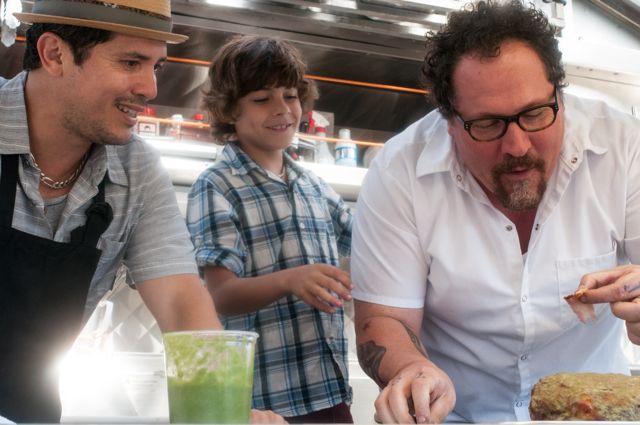