Truly spending meaningful, quality time with a person can genuinely help better understand their motivations and emotions, no matter how drastically they differ from your own ideas and inspirations. That’s certainly the case with two of the main actors in the new independent drama thriller, ‘Gabriel,’ David Call and Rory Culkin, as well as their respective characters. The two actors, who play brothers trying to battle the strain that arose between them after the title character was diagnosed with a mental illness, infused a deep sincerity into their performances after living together during the film’s production. That honest bond that grew between Call and Culkin as they were preparing for their roles effortlessly translated to the screen as the characters tried to understand each other’s decisions.

‘Gabriel,’ which marks the feature film writing and directorial debuts of Lou Howe, follows the title character (Culkin), a vulnerable and confused teenager who’s searching for happiness and stability. He years for his freedom, as he was just cautiously released from the asylum where he spent the past several years. His family, including his mother, Meredith (Deirdre O’Connell) and older brother, Matthew (Call), continuously emphasize to him that this will be his last chance to demonstrate that he’s capable of functioning outside the facility. However, Gabriel finds it difficult to assume the adult responsibilities expected of him, as his ideas about achieving normality differ significantly from that of his family.

While Meredith and Matthew want Gabriel to take his medication, but he’s more intent on finding and marrying Alice (Emily Meade), a girl with whom he had a childhood romance, but hasn’t had contact with since. What follows is a running clash between his family members, who want him to remain safely home, and Gabriel, who is more interested in sneaking away to pursue his quest.

Call generously took the time to speak with several journalists on the red carpet for ‘Gabriel’s world premiere at the 2014 Tribeca Film Festival on Thursday, April 17 at New York City’s SVA Theater. Among other things, the actor discussed how he was drawn to the movie because the script is such a heartbreaking, accurate portrait of mental illness; how he has dealt with mental illness within his own family, which helped him understand Matthew’s mindset; and how he and Culkin lived in a house together while they were shooting, which helped build their characters’ family dynamic.

Question (Q) Have you ever been to the Tribeca Film Festival before?

David Call (DC): I actually have been to the festival before. I have a couple of friends who have had films here, so I came to support them. But this is the first time I’ve ever had a film premiere at the festival.

Q: What is the most exciting thing about the Tribeca Film Festival, besides finally getting to see your own film?

DC: Well, that is great. But it’s a New York Festival and I’m a New York guy and this is a New York movie. You make these films and do the whole festival circuit at Sundance or South by Southwest, but all that feels a little removed. When you get a chance to bring something home, it’s special.

Q: Do you enjoy watching yourself in films?

DC: No, not at all. You are always your own worst critic. You’re always thinking, “why did you move your head like that? That looks so dumb.” It’s tough.

Q: What made you decide to do the film?

DC: I was drawn to the film because of the script. I read it and immediately knew I had to do it. It was just such a beautiful movie, and a heartbreaking and accurate portrait of mental illness.

Q: You play the brother of someone with mental illness so your character has to balance taking care of him and leading your own life. Did you have to study that kind of life?

DC: No, I’ve actually had to deal with it in my own life and in my family. As I read some of the scenes, I thought, I know this guy. I’ve lived out some of these scenes before in my own life. We’ve had these conversations.

Q: Did you discuss those experiences with the director, Lou Howe?

DC: We actually did discuss those experiences. We started talking about them from the time I went in to audition. We also talked about it a lot throughout the production. Taking on this role wasn’t really acting for me.

Q: Is this the most personal film role you’ve taken?

DC: Actually, I would say that it is. If it’s not the most personal film role I’ve ever had, it is certainly one of them.

Q: How did you and Rory work out the family dynamics?

DC: Well, Rory and I hung out a lot before we started filming, and we happened to live in a house together while we were shooting. So being just the two of us in the house helped a lot. We talked about what the family dynamic was and what it had been before their father died. We asked, who was their father? How did we individually react to his death? How did those dynamics start to manifest themselves afterward?

Q: One of the things the more impressive things about your performance was the fact that there is some misplaced guilt, because you aren’t suffering the same way your brother is. Was that always in the script, or did you come up with that yourself?

DC: Well, I read it as a certain amount of survivors’ guilt coming out in a family like this. We know the father was ill and has passed that onto his son, but for whatever reason, my character has been spared. So there is immense frustration from having to deal with his brother.But with that comes a certain amount of guilt, because there is nothing that can be done to fix the situation.

Q: What was the hardest scene to film?

DC: The hardest scene to film was probably the one in the car, when Rory runs out. That scene was actually the longest continuous scene I’ve ever had to shoot-it’s nine pages long. Nine pages is almost like doing theater. In most films you get to do two and a half pages if you’re lucky, so to actually get a chance to sink in is great. But it can also be trying because you really have to keep concentration. We shot it from 11 pm to 5 am, so to stay sharp was difficult, but I love a challenge.

Then out of the car, I had to drive up and slam on the brakes right in front of camera crew. I’m a good driver, and I’m a car guy, but I’m not a stunt driver. I was like “I don’t want to hit the cameraman.” But I did it and it was kind of exhilarating. 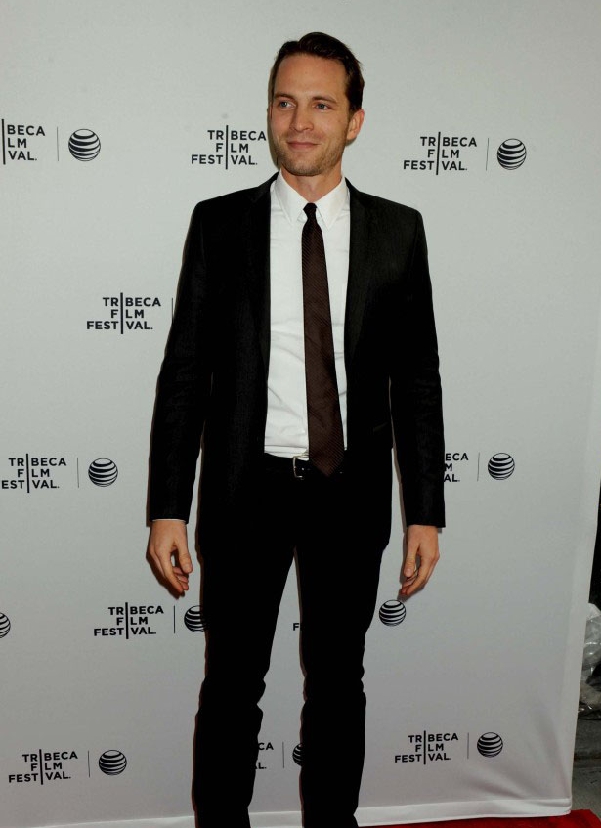