The bug-eyed social rantings of two-time Grammy Award-winning stand-up comedian, author and playwright Lewis Black get a healthy workout in “Lewis Black: Old Yeller – Live at the Borgata,” his ninth comedy special, recorded last year in Atlantic City. Apoplectically cycling through irritants great and small, the 65-year-old multi-hyphenate provides an amusing, highly personalized look at the state of modern American life, and its shared intersections with both technology and government.

Black’s sardonic personality — for anyone familiar with him through his “Back in Black” segments on “The Daily Show,” or anywhere else, to be honest — is the engine that drives a lot of his comedy, which is of the observational variety. After honoring his in-the-audience parents at the top of “Old Yeller” (some of the artwork of his father, who took up painting after retirement, makes up the backdrop for his show), Black dives headlong into disappointment. He shares that despite the disapproving glances and statements of married people, the greatest disappointment in his life is not his singledom and lack of children, but the 21st century as a whole. Using that as a leaping-off point, he assails his peer group as “the greatest generation at hanging out,” and doing nothing.

“Old Yeller” leans heavily on the twin pillars of personal agitation and neuroses, but it largely works. When Black is tackling bigger, societal issues through smaller, more relatable comedy (as he does linking Social Security solvency and the mysteries of long division), he’s on fire. Digressions into national health care and the environment (“Earth Day was created when I was in school, and we were doing a lot of drugs”) don’t connect as robustly, but when Black trains his rage on Facebook in an extended rant, there’s a luminousness to his prose and performance, with a couple well-placed epithets used to punctuate his anger.

Running just under one hour, “Old Yeller” evinces the feeling of a couple missed opportunities; when Black says that, after 25 years of professional travel, he knows some states shouldn’t actually be states, you wish he’d quick-riffed on the best (read: worst) absurdity he’d encountered. Still, when Black circles back late in the show to politics, and how when he was growing up drinking (often to excess) helped Congress actually achieve both equanimity and actual legislative accomplishment, there’s plenty of warped yet keen insight on display. There’s also a hard edge to a lot of the material in the latter portion of the show (on gun control: “You can figure out background checks if I can download three million vaginas in a minute!”), and the fact that one can feel a bit of unease gathering in the audience only deepens one’s appreciation for the harsh, borderline profane truth-slinging in which Black trades.

NOTE: “Lewis Black: Old Yeller – Live at the Borgata” premieres May 2 at 10pm Eastern on EPIX, and reruns throughout the month. Check listings for showtimes. The show also hits DVD on May 6. 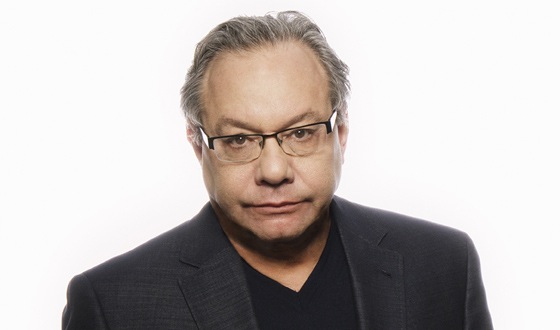