After a month-long hiatus, the Movie News Cheat Sheet is back! If you’d like to see what I’ve been up to for the last few weeks, you can check out the journal chronicling my experience producing my first feature film right here.

Fortunately I got back just in time to catch what could be one of the biggest news items of the year – the unveiling of the cast of “Star Wars: Episode VII.” On top of that, Josh Trank recruited someone new for “Fantastic Four,” “Jem and the Holograms” found its Rio and Matt Smith score a multi-film role in “Terminator.”

You can catch the details on all of those stories, the box office breakdown and loads more in your weekly Movie News Cheat Sheet below.

1. Angelina Jolie & Brad Pitt May Reunite on Screen: It’s been nine years since Angelina Jolie and Brad Pitt first teamed up on screen for “Mr. and Mrs. Smith,” but now they’re finally getting back together for a movie she wrote herself. Deadline is reporting that both are in early talks to lead the film, but the outlet has no information regarding what it’s about. The production is currently without distribution, but with Jolie and Pitt on board, there’s no doubt that studios will be clamoring to get ahold of this one.

2. Tim Blake Nelson is Mole Man in “Fantastic Four:” We’ve got our Reed Richards (Miles Teller), Ben Grimm (Jamie Bell), Sue Storm (Kate Mara), Johnny Storm (Michael B. Jordan) and Doctor Doom (Toby Kebbell), and now Josh Trank is throwing Mole Man into the mix. According to THR, Tim Blake Nelson is in final negotiations to join the “Fantastic Four” reboot as Harvey Elder, a scientist who’s ridiculed for his personality, appearance and eccentric theories. In the comics, Elder falls into a cave and becomes the leader of the Moloids. THR’s sources claim Mole Man will not make an appearance in this movie, but the inclusion of Elder does suggest Mole Man could become a main adversary in subsequent films down the line.

3. Ryan Guzman Joins “Jem and the Holograms:” Director Jon M. Chu has found his Rio for the live-action adaptation of “Jem and the Holograms.” As reported by THR, Ryan Guzman of “Step Up: All In” will play the role of the group’s road manager and technical engineer who also happens to be Jem’s love interest. The 1980s TV series focuses on a character named Jerrica who runs Starlight Music by day, but uses a computer called Synergy to turns herself into Jem, the lead singer of the rock band Jem and the Holograms, at night. In Ryan Landels’ feature script, Jem (Aubrey Peeples) and the Holograms (Stefanie Scott, Aurora Perrineau and Hayley Kiyoko) “embark on a music-driven scavenger hunt – one that sends them on an adventure across Los Angeles in an attempt to unlock a final message left by her father.”

4. Sinister Six Tease: Drew Goddard is already locked to write and direct the Sinister Six movie so Sony is wasting no time building hype. [Warning: Spoiler alert for those who have not seen “The Amazing Spider-Man 2.”] If you Shazam the end credit song from “The Amazing Spider-Man 2,” the end credit art plays on your phone and includes six images that could hint at what’s to come in the Sinister Six film. ComingSoon.net has screen grabs of these images, which seem to suggest that Green Goblin, Doctor Octopus, Rhino, Vulture and Kraven the Hunter will be on the Sinister Six roster. The sixth image is a bit tougher to decipher, but some suspect it could be pointing towards Mysterio, Shocker, Chameleon or Black Cat.

5. New Incredible Hulk Movie on the Way?: Even though the Incredible Hulk already had two solo movies to his name, when Mark Ruffalo took over the role in “The Avengers,” the character became such a fan favorite many wondered if he could possibly get another film. As reported by Latino Review, a former Incredible Hulk himself, Lou Ferrigno, told a Minnesota radio station that Marvel is indeed giving the character another go. Ferrigno insisted that The Hulk was really the star of “The Avengers” because he saved the day and also noted, “Now because he saved the day they’re making another solo Hulk movie after the second Avengers comes out.” Ferrigno did make a similar claim about five months ago to which both Ruffalo and Kevin Feige responded by maintaining that there was no new Hulk movie in the works. Between that and the fact that Marvel already has a full roster including “Avengers: Age of Ultron,” “Ant-Man,” “Captain America 3,” and more, it’d be wise not to take the idea of a new Hulk movie too seriously just yet.

6. “VHS 3” Title and Directors Announced: The third edition of the “VHS” franchise is on the way, but instead of running with the title “VHS 3,” the new installment will be called “VHS Viral.” According to Screen Daily, Todd Lincoln (“The Apparition”), Nacho Vigalondo (“Open Windows”), Marcel Sarmiento (“Deadgirl”), Gregg Bishop (“Dance of the Dead”), Justin Benson and Aaron Moorhead (“Resolution”) will direct the segments, which will connect to the core idea of “fame-obsessed teens who unwittingly become stars of the next internet sensation.”

7. Matt Smith Takes Major Role in “Terminator: Genesis:” The “Terminator” reboot, supposedly titled “Terminator: Genesis,” is already in production, but the details are still coming together. So far we’ve got Arnold Schwarzenegger stepping in as the older version of the T-800 and, just recently, Aaron Williamson possibly locked to play the younger version. Then there’s Emilia Clarke who’s on board to portray Sarah Connor alongside Jai Courtney’s Kyle Reese while Jason Clarke will step in as an older John Connor. Dayo Okeniyi of “The Hunger Games” will be in the mix as well playing Danny Dyson, the son of the cyborg developer. And that’s not it. Now, according to Deadline, “Doctor Who’s” Matt Smith is also on the roster for an unidentified “major role” that will grow and carry him through the second and third installments as well.

8. “Star Wars: Episode VII” Cast Revealed: After months of rumors, Walt Disney Pictures and Lucasfilm finally broke the news – “Star Wars: Episode VII” will star John Boyega, Daisy Ridley, Adam Driver, Oscar Isaac, Andy Serkis, Domhnall Gleeson, and Max von Sydow as well as franchise veterans Harrison Ford, Carrie Fisher, Mark Hamill, Anthony Daniels, Peter Mayhew, and Kenny Baker. After the announcement, there was quite a bit of talk regarding the lack of women in the cast, but, according to THR, there’s another “substantial role” that needs to be filled and it is for a female part.

9. Trailers: “Teenage Mutant Ninja Turtles,” “They Came Together,” “The Fault in Our Stars:” A new trailer for Jonathan Liebesman’s “Teenage Mutant Ninja Turtles” has arrived and even though it’s primarily a slight reworking of the footage from the last one, it does give us a much clearer look at each and every one of the turtles. We’ve also got the very first trailer for the Paul Rudd and Amy Poehler-starrer, “We Came Together.” Some jokes don’t work as well as they should, but it seems as though strong performances, likable leads and a more grounded sense of humor than usual could make this romcom spoof a standout. And for those who’d rather have their romance straight up, we’ve also got an extended trailer for the book to film adaptation, “The Fault in Our Stars.” Better load up on the tissues because if this piece is any indication, the actual film will unleash the waterworks full force.

10. Box Office: “The Amazing Spider-Man 2” didn’t get much love from critics, but that certainty had no effect on its box office performance because the sequel demolished the first film’s $62 million opening weekend intake with $91.6 million of its own. “The Other Woman” held strong, dropping just 41.8% making the move from weekend one to two, leaving it with $14.4 million, which was more than enough to secure #2. “Heaven is for Real” moved ahead of “Captain America: The Winter Solider” thanks to a minimal 40.1% decline and solid $8.6 million weekend three total. Despite losing 441 theaters, “Captain America” managed to pull in $7.8 million of its own, barely edging out “Rio 2” and its $7.7 million weekend four total. (via Box Office Mojo) 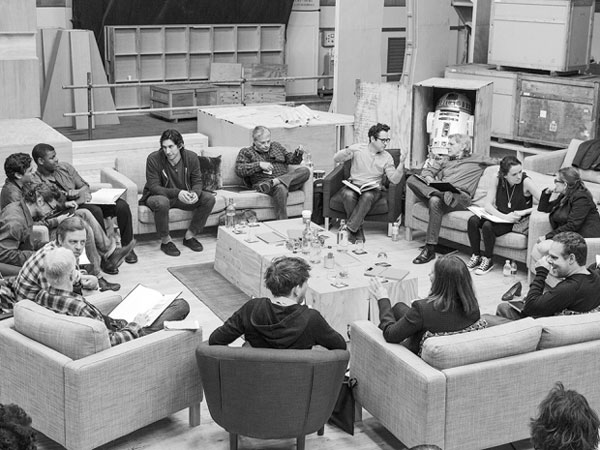