Inexplicable murder is set to be unleashed in a small town as the new horror film, ‘Way of the Wicked,’ is set to be released on Blu-ray and DVD. The suspense thriller will be distributed on home release by Image Entertainment. The Blu-ray will sell for $29.97, while the DVD will retail for $27.99.

‘Way of the Wicked’ stars Christian Slater, Vinnie Jones, Emily Tennant and Jake Croker. The paranormal film, which was written by ‘Transparency’ scribe Matt Kelly, was directed by ‘7 Below’ helmer Kevin Carraway.

Image Entertainment has released the following official synopsis for ‘Way of the Wicked’:

After a series of inexplicable murders sweeps a small, isolated community, Father Henry (Slater) goes to a local police detective (Jones) with a theory on why the murders are occurring. The two learn that a troubled teen with a dark past has recently moved to town and has set his sights on the cop’s beautiful, young daughter. Father Henry, who turns out to have secrets of his own, finds himself pitted against a demonic force more diabolically evil and twisted than any of them could have imagined. 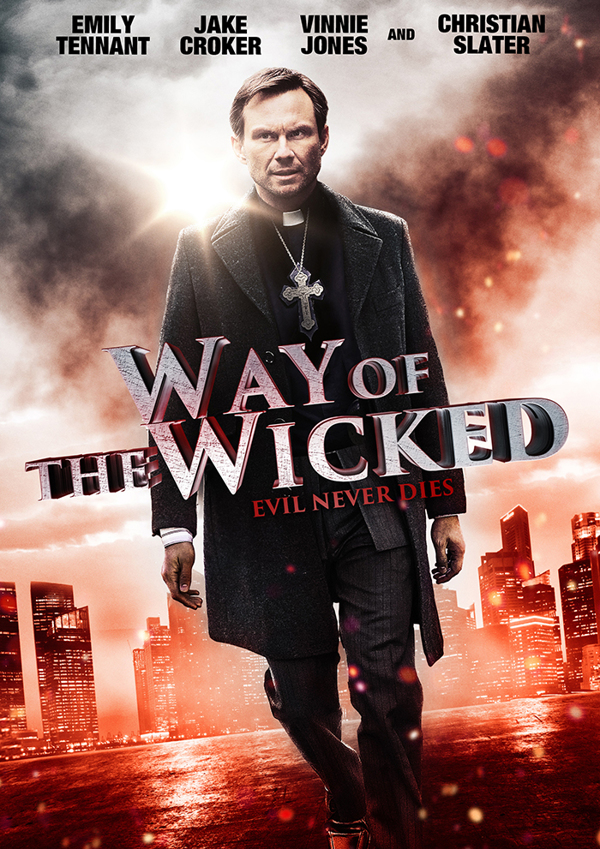