We’re in between summer blockbusters this weekend, but “Neighbors” still could take advantage of the lack of competition. “Legends of Oz: Dorothy’s Return” hasn’t made much of an impression on the marketing front and “Moms’ Night Out” is only hitting 1,000 theaters, so “Neighbors” should be in the clear and snag a good chunk of the weekend profits. It won’t manage to post “The Heat”-sized earnings, but it could come in just behind with about $37 million to start.

With “Legends of Oz” and “Mom’s Night Out” being non-issues, much of last weekend’s top ten should stay intact. “The Other Woman” will take #3, likely with $8.5 million after taking another 40% hit while “Heaven is for Real” stays right behind with a weekend four total of $5 million. Even though “Legends of Oz” will give “Rio 2” some direct competition, “The Amazing Spider-Man 2” will make the bigger mark and that could cause “Rio 2” and “Captain America: The Winter Soldier” to swap spots. If “Rio” dips just 43% and “Captain America” loses another 50%, the former will take #5 with about $4.4 million and the latter will come in at #6 with $3.9 million of its own.

Neither “Brick Mansions” nor “Divergent” are scheduled to lose any theaters, so both should manage to secure a moderate percent change. “Brick Mansions” took a big hit last weekend, but if it brings that 61.2% loss down to about 50%, it’ll take $1.8 million to lock in #9. And as for “Divergent,” it should have no trouble repeating last weekend’s 40% drop, which would let it enjoy one last weekend in the top ten with $1.3 million for its eighth weekend out.

4. Heaven is for Real 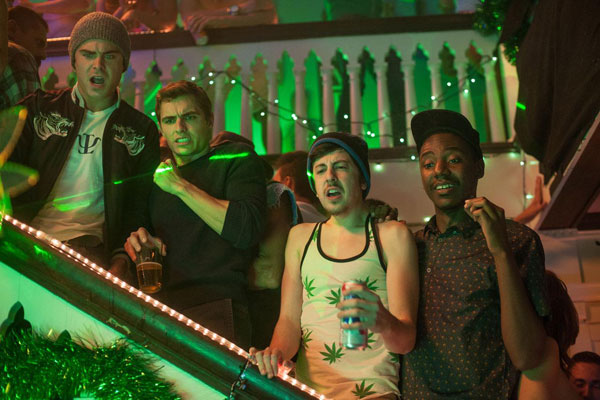