The first look photo of two of the stars from ‘The Man on Carrion Road,’ Ian McShane and Patrick Wilson, has been released from Atlas Independent while the film is being presented at the Cannes Film Festival. The two lead a diverse cast, including Jim Belushi, John Leguizamo and Lynn Collins in the gritty thriller, which was helmed by ‘Apollo 18‘ director, Gonzalo López-Gallego.

‘The Man on Carrion Road’ was written by first-time feature film scribe, Nils Lyew, and produced by Atlas’ William Green, Aaron Ginsburg and Andy Horwitz. The film’s international sales at Cannes are being handled by Relativity International’s Camela Galano.

In ‘The Man on Carrion Road,’ a retired sheriff, Leland (McShane), and his replacement, Wallace (Wilson), investigate a cartel deal gone wrong. In the process, they begin to be hunted by a vicious hit man, Atticus (Leguizamo).

Check out the first look photo from ‘The Man on Carrion Road’ below. 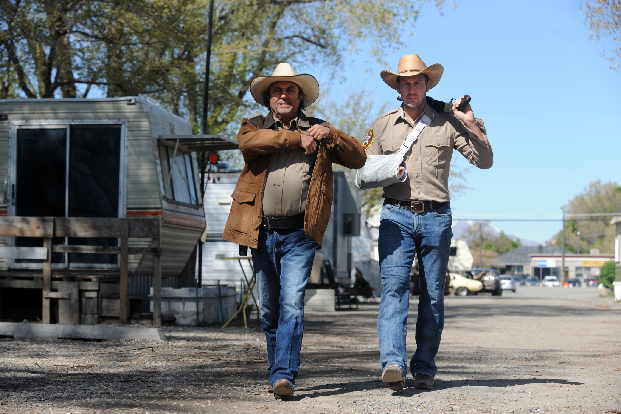