Hard rock band Powerman 5000 is celebrating its return to the music scene with its new sci-fi anthem album, ‘Builders of the Future.’ The record, which will be released on May 27 from T-Boy Records/UMe, is the band’s first collection of all new material in nearly five years. The album can now be pre-ordered on Amazon, iTunes and PledgeMusic.

The platinum-selling act was founded by band leader Spider One, the younger brother of Rob Zombie, who launched the group with a 4-track and a drum machine. Since its inception, the band has garnered a devoted group of supporters with such electro-tinged songs as ‘When Worlds Collide’ and ‘Nobody’s Real.’

‘Builders of the Future’ features the following songs:

5. Builders of the Future

8. Live It up before You’re Dead

Of the new album, Spider One, who’s the sole remaining original member of the group, said “I never would have imagined that after all the albums, the band members, the ups-and-downs of the always changing music business, I’d still be here doing this, which is thanks to our most diehard fans.” The band has retained fans for their unique blending of sci-fi, horror, comic books and b-movie culture elements in such hits as ‘Free’ and ‘Wild World.’

‘Builders of the Future’ is the first release from Powerman 5000’s partnership with T-Boy Records. The company, which is a co-venture with Universal Music Enterprises, has also released such albums as Zombie’s Venomous Rat Regeneration Vendor, Megadeth’s Super Collider and the self-titled debut album from Kobra and the Lotus. 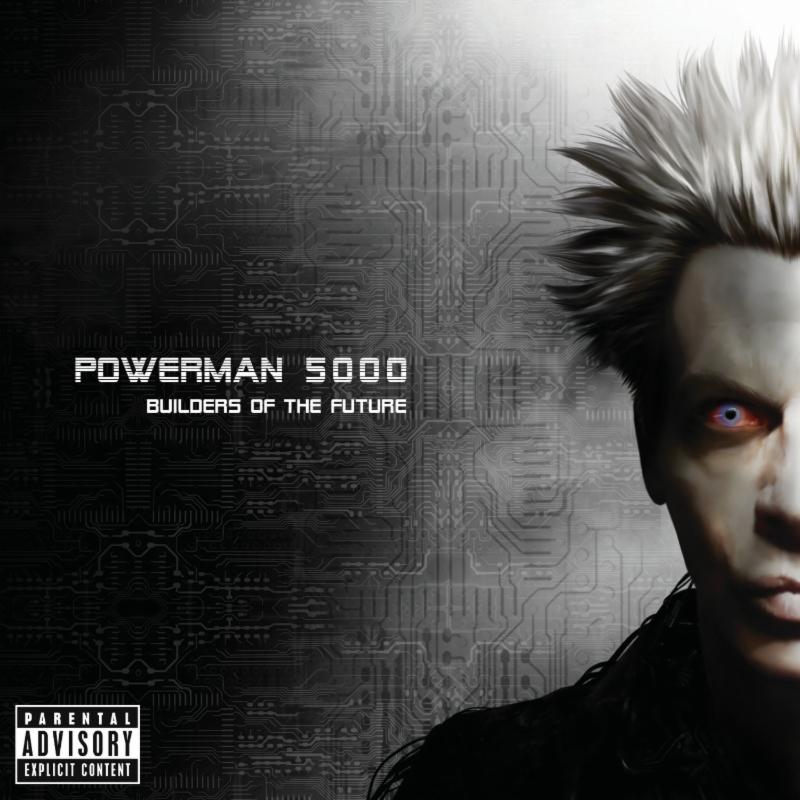