In co-directors Molly Green and James Leffler’s “Forev,” an indie ode to the decidedly poor decision-making skills of twentysomethings, Los Angeleno Sophie Potts (Noël Wells, of “Saturday Night Live”) impulsively accepts the marriage proposal of her apartment neighbor, dweeby tech support jockey Pete Avery (Matt Mider), and the pair then promptly head off on a six-hour drive to Phoenix to pick up Pete’s sister Jess (Amanda Bauer) from college. Musing and drinking ensues, and when Jess, fresh off a break-up, indulges in a one-night stand during a car-breakdown stay-over, things get weird for all.

If “Forev,” a world premiere at last year’s Los Angeles Film Festival, sounds like pretty much the most stereotypical slice of precious, shoegazing wire-frame indie storytelling, well, it is. The movie’s story credits Mider and Wells with “additional screenplay material,” owing to their improvisational talents. And it’s certainly true that the pair (especially Wells) stumble upon a few winningly awkward reactions in their odd, fumbling courtship. But there’s nothing particularly deep or compelling about these characterizations, and co-writers Green and Leffler seem like they can hardly be bothered to sketch out the film’s few inciting incidents (it takes a good 10 minutes before it’s definitively established that Pete’s car is actually broken down).

“Forev” basically substitutes music video montage and conventional road trip narrative meandering (Sophie and Pete play a modified version of 20 Questions to get to better know one another, and also hit an armadillo before picking up Jess) for rigorous plotting or insights. There’s no grounded reality with respect to how guys act in situations with both their girlfriends and female siblings (“My girls!” exclaims Pete, when Sophie and Jess each emerge in bathing suits), and Green and Leffler seem allergic to making Jess too pushy or judgmental about her brother’s relationship, which abets a pungent odor of phoniness that envelopes an already flimsy conceit.

Crucially, “Forev” doesn’t go for “the full ‘Napoleon Dynamite’,” which is to say that — even though it throws in a few weirdo supporting characters — it avoids diving headlong into the creation of its own canted universe. “Forev” is ostensibly supposed to unfold in the real world, and yet as the movie progresses it doesn’t attach itself in any substantive manner to an exploration of Sophie and Pete’s second thoughts and regret over their rash embrace of one another. There’s nothing to really get one’s dander up over “Forev,” and attach a lot of poisonous animosity of opinion to, but that doesn’t mean the film deserves a pass. It just doesn’t work, and its shortcomings track with the sort of material that takes its cues from trying too hard to ape other films. The players here may have talent, but “Forev” almost willfully obscures it.

NOTE: “Forev” is available on all major cable VOD providers, as well as iTunes, DVD and Blu-ray. For more information, visit www.ForevMovie.com. 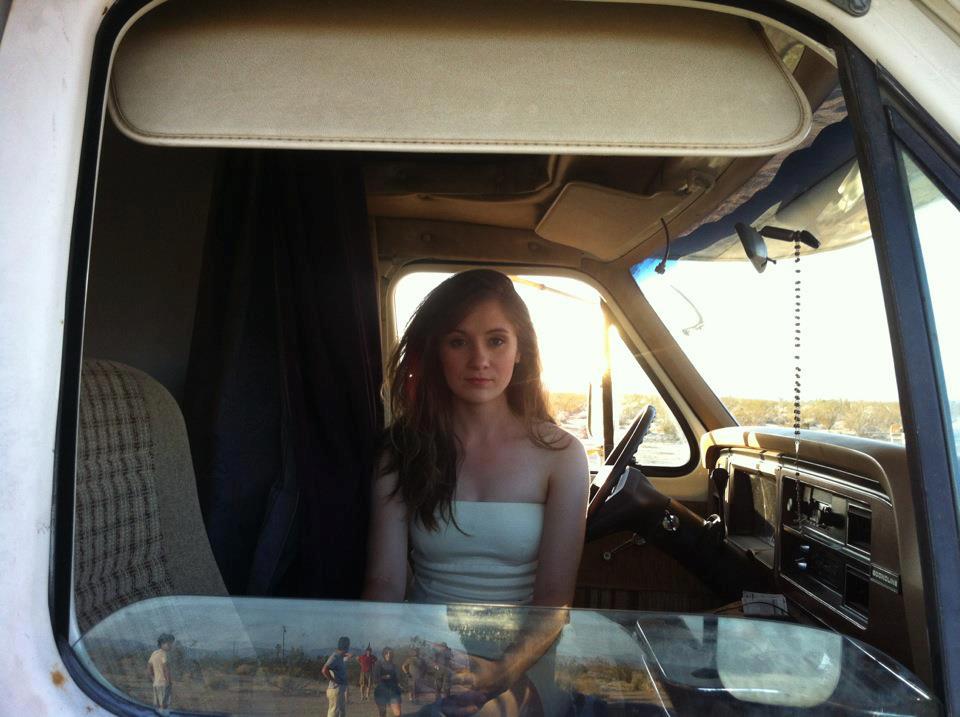 Cancel reply
Arnold Schwarzenegger Brings Sabotage Home on Blu-Ray, DVD and Digital
The Gun, the Cake and the Butterfly Movie Review
To Top