“Godzilla” had a monstrous start last weekend, but that won’t stop “X-Men: Days of Future Past” from absolutely crushing “X-Men: First Class’s” $55 million opening from back in 2011. In fact, there’s a chance “Days of Future Past” could come close to doubling it with $100 million of its own and then taking $125 million for the holiday weekend.

Clearly that means “X-Men” will claim a fair share of the profits, but positive word-of-mouth, news of more “Godzilla” movies and Gareth Edward’s “Star Wars” gig should keep “Godzilla’s” cash flow steady. Should it keep in line with “Star Trek Into Darkness,” it might manage to hold on to 50% of its opening earnings, giving it another $45 million for three days and $55 million for four.

Here’s where the weekend’s second newcomer could slip in. As usual, reviews are at rock bottom for Adam Sandler’s latest, but if “Blended” pulls a “Jack and Jill,” it could still make off with $23 million for three days and $30 million for four. “Neighbors” should have no trouble claiming the next spot on the chart. It did take a bigger hit than expected last weekend, but that 48.9% drop is bound to come down, perhaps to just 40%. Should that be the case, “Neighbors” will wrap its third weekend out with another $15 million for the three-day weekend and then close to $20 million for the full holiday.

“The Amazing Spider-Man 2,” on the other hand, could be in for another big fall. With “X-Men” moving in and an 831-theater loss coming its way, Spidey will be lucky to hold onto half of its weekend three profits for an $8 million weekend four total, which will creep up to about $11 million for the full holiday run. Even though “Million Dollar Arm” had a rough start last weekend, should it keep in line with “Trouble with the Curve,” it’ll only take a 40% hit this time around, giving it another $6.5 million over the first three days and then $9 million when you add on the fourth.

Our final four films are all heading towards drastic drops, so they should keep right in line. “The Other Woman” has been going strong, but with a 900-theater loss on the way, it’s bound to see its biggest percent change yet, possible 45%, which would put it at #7 with $3.5 million for three days and $5 million for four. “Heaven is for Real” is heading towards a similar fate with a whopping 1,173 locations slipping away. Even though “Rio 2” is only losing 670 theaters, it’s still bound to drop 40% so if “Heaven is for Real” keeps its percent change to 45%, it’ll still stay ahead. With such a big gap between “Captain America: The Winter Solider” and “Legends of Oz: Dorothy’s Return” last weekend, “Captain America” should have no trouble securing #10. Even with the new competition and an 898-theater count change on the way, it’ll likely retain 50% and get another $2.3 million to add to its domestic haul after the full four days. 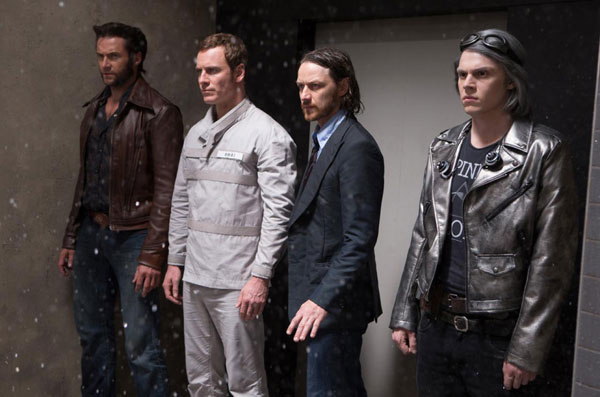