Title: X-Men: Days of Future Past

The year is 2023 and the world is in ruins thanks to the mutant-hunting machines known as the Sentinels. You’d think Kitty Pryde (Ellen Page), Iceman (Shawn Ashmore), Bishop (Omar Sy), Colossus (Daniel Cudmore), Blink (Bingbing Fan), Warpath (Booboo Stewart) and Sunspot (Adan Canto) would make an unbeatable team, but back in 1973, Dr. Bolivar Trask (Peter Dinklage) fit his Sentinels with Raven/Mystique’s (Jennifer Lawrence) DNA, so now they’re able to adapt to anything, essentially making them immune to mutant-powered attacks. With the Sentinels closing in fast, the only chance the surviving X-Men have is to send Logan/Wolverine (Hugh Jackman) back in time to stop Trask from ever getting his hands on Raven’s DNA in the first place.

“X-Men: Days of Future Past” opens exceptionally well with the aforementioned team of mutants going head-to-head with a group of Sentinels. Not only does the sequence have the benefit of rocking the thrill that comes with bringing back X-Men favorites and uniting them with a few new players, but the action itself is remarkable. The fire, ice and purple portals pop right off the bleak background, the combat is tense, exhilarating and also builds character through mid-fight decisions and reactions before ultimately culminating in a string of moments that proves that in just a few minutes, you’ve come to care about all of these characters. Unfortunately, we don’t get much of that last element through the rest of the film.

Shortly after escaping the Sentinels, this group meets up with Storm (Halle Berry), Magneto (Ian McKellen), Professor X (Patrick Stewart) and Wolverine in China where they all rattle off an overabundance of information before getting to the point – Kitty’s got the ability to send Wolverine back to 1973. The explanation is poorly executed and nearly impossible to follow, but at that point, “Days of Future Past” still has more than enough momentum to entice you to push the logic issues aside and indulge in the thrill of re-meeting all of these characters in the past.

The next 40 minutes of the film is basically a “getting the band back together” sequence and it’s loads of fun to see where all the main players are, what they’re up to and how they react to Wolverine’s arrival, but the best of the bunch, and the best of “X-Men: Days of Future Past” overall, is Even Peters’ Quicksilver. He’s a kid who does everything too much and too fast, but it never gets old. Quicksilver’s first scene establishes him as a playful kid with an extraordinary ability and then everything that follows falls right in line. His actions always adhere to his personality and goals, and each and every one of them is expressed through exceptionally tight writing, stunning cinematography and perfect timing. It’s too bad Wolverine and co. opt to leave him behind for absolutely no logical reason whatsoever because “Days of Future Past” would have been much better off with more Peters.

Quicksilver’s exit is the point at which the film caves under the weight of unjustified decisions and nonsensical plot points. For example, sometimes when Wolverine gets agitated, he runs the risk of pulling himself out of Kitty’s time travel technique, but there’s absolutely no consistency to it. It would have been one thing to see him tense up whenever a young and very wooden Stryker (Josh Helman) shows up, but it also happens during physical fights as well. The writers use the story component far too loosely and it winds up coming across as a contrived method to creating a ticking clock.

Erik’s (Michael Fassbender) thought process is also completely unsound. Yes, we know he ultimately goes on to be the big, bad X-Men adversary, but that alone can’t justify the character’s shift in the middle of the movie. We’ve also got Raven who’s off on her own, determined to take out Trask. Her goals are more reasonable, but we don’t get enough access to the character to support them. And that’s a problem almost every single mutant in this movie has. We’re watching them go on this mission, but we’re not with them and that turns the film into a fleeting spectacle instead of an experience.

“Days of Future Past” also suffers from a weak villain. Dinklage is absolutely wasted in the role of Bolivar Trask. Trask doesn’t do anything. By the time we meet him, he’s already created the Sentinel Program. He does still need to get Raven’s DNA to complete the package, but the thing is, he’s not actively part of the pursuit to get it. Whenever the authorities close in on her, all he does is say that he needs her time and time again. There’s one heated scene during which Trask verbally spars with senators in an effort to gain government approval for his machines, but after that, all he does to get what he wants is make the same points over and over again.

This movie is ridden with plot holes, it has an unacceptable amount of logic issues, Mystique’s costume is distractingly fake and silly looking, Anna Paquin gets a title card yet is in five seconds of the movie, multiple story beats are repeated and the narrative puts into question everything that’s happened in previous “X-Men” films, but, if you can get past the fact that the “Days of Future Past” narrative is downright ridiculous, you can still enjoy some of the mindless, summer fun – and Quicksilver’s sequences, because that’s high quality cinema right there. 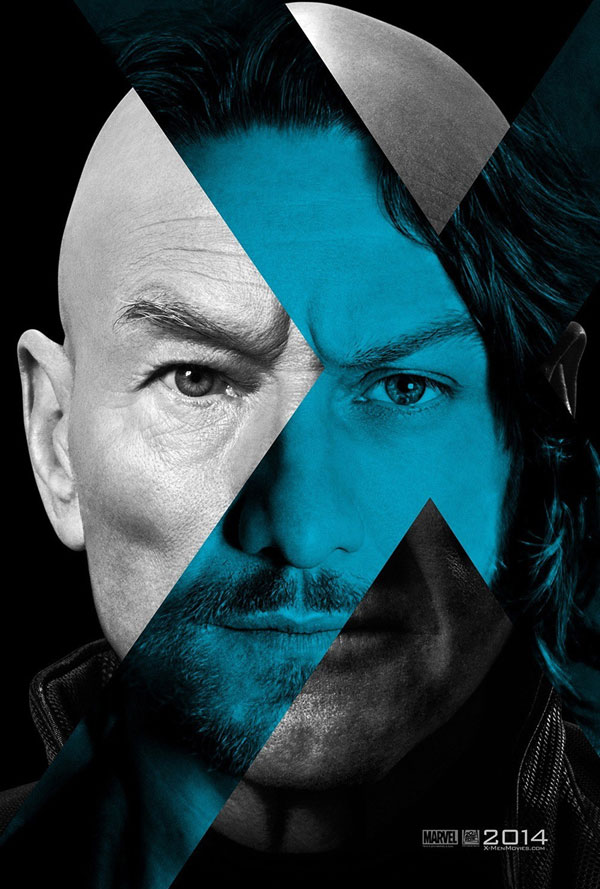