In the musical “My Fair Lady,” Professor Higgins, falling for his pupil Eliza Doolittle, sings, “Damn, damn, damn, damn/ I’ve grown accustomed to her face.”  And now, in the film “Night Moves,” three principal characters are damning…a dam!  Kelly Reichardt, who cut her director’s teeth on fare taking place in the great outdoors such as “Meek’s Cutoff” (emigrants in 1845 wonder whether to trust a Native American guide) and “Old Joy” (two friends spend time in the Cascade Mountains), is in her métier with “Night Moves,” a quiet thriller about three radicals who are determined to blow up a dam in Oregon.  (Christopher Blauvelt filmed the action in Ashland, Phoenix and Medford with stock that could serve the interests of the Oregon Tourism Commission.)

On the surface, the film looks like a political screed, making points about how hydroelectric dams alter the oxygen level of the water, the turbines killing the fish while blocking the migratory route of spawning salmon.  However, “Night Moves” is character driven, a look at what collateral damage does to the lives of three people who, in planning the blowing up of a dam had no intention of killing a camper who might be at the wrong place.

The film focuses on a grim, unsmiling Josh (Jesse Eisenberg), Dena (Dakota Fanning), a young woman who finances the project, and an older man, Harmon (Peter Sarsgaard), an ex-Marine who had done time.  Their plan is pointless from the get-go since, as one character notes, an eco-terrorist would have to destroy an entire chain of dams to have any effect and because the alternative would be the use of a nuclear power plant.  Josh, who emerges as the central figure, comes from a middle class family, working on an organic farm, a man with deep convictions about environmentalism.  Dena hates her family’s consumerism, and Harmon has been radicalized by his tour of duty overseas and seeks adventure at home.  Though filmmaker Reichardt is known as a liberal, in this movie she warns about the dangers of leftist extremism.

Reichardt, using a script she co-wrote with Jonathan Raymond, takes us through the planning stage, raising tensions as the wealthy Dena, who had already financed the purchase of a boat called Night Moves, attempts to buy 500 pounds of ammonium fertilizer, needed in the construction of a bomb.  She brings suspicion on herself by the quantity of the purchase and by her insistence on not showing the Social Security card that the salesman indicates is required.  Tension ratchets up when Dena, horrified upon hearing that the explosion had killed a camper, breaks out in hives, acts suspiciously, and ignores the men’s warning about trying to communicate by cell or computer.   Josh fears that unless something is done to stop her from contacting the authorities, the three will have to spend “a life sentence plus 300 years” in a federal penitentiary.

As Josh, Jesse Eisenberg is up to the job of looking every which way when he walks down the street, shaking when spotting a police officer asking questions, finally realizing that to get away with (accidental) murder, he must remain on the run.  His life, in effect, will never be the same and in this regard he mimics the actions of Eric Rudolph who, after killing two people while motivated by anti-abortion and anti-gay ideology hid out for five years in the Appalachians before he was caught and sentenced to four life terms in Florence, Colorado.

The pace is slow and the film is overlong at 112 minutes, with tense moments that could have been more pronounced if not enveloped by long takes and repetitive actions which loosens the grip of the first hour thus providing diminishing returns. 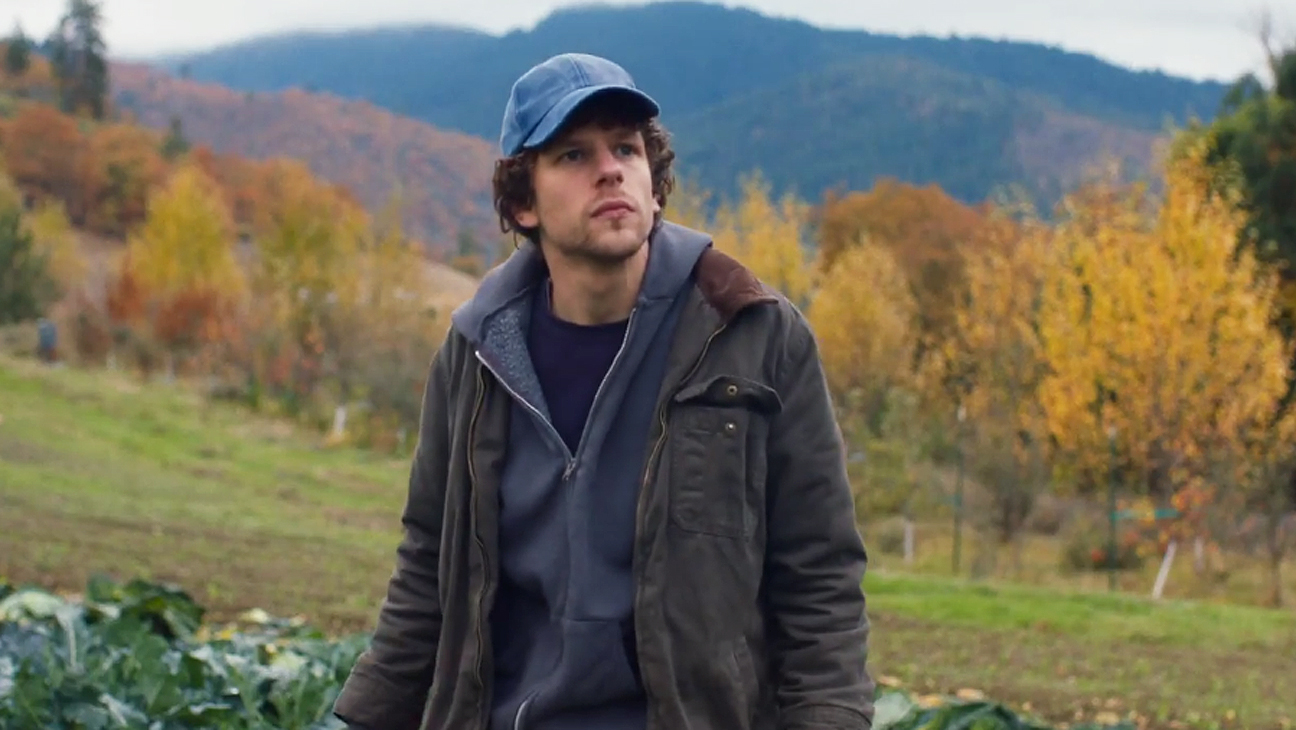